First off, we love baseball.

But when TBS approached us with a hilarious article on how to make America’s Pastime even “better,” we couldn’t resist. Each suggestion begged for a clever illustration to bring the idea to life and jump off the page. We then animated the illustrations, giving the piece a great chance of getting traction across social media and going viral.

TBS gave us solid art direction that communicated the look they were seeking and the audience they were trying to attract. Inspired to hit one out of the park, we started brainstorming. 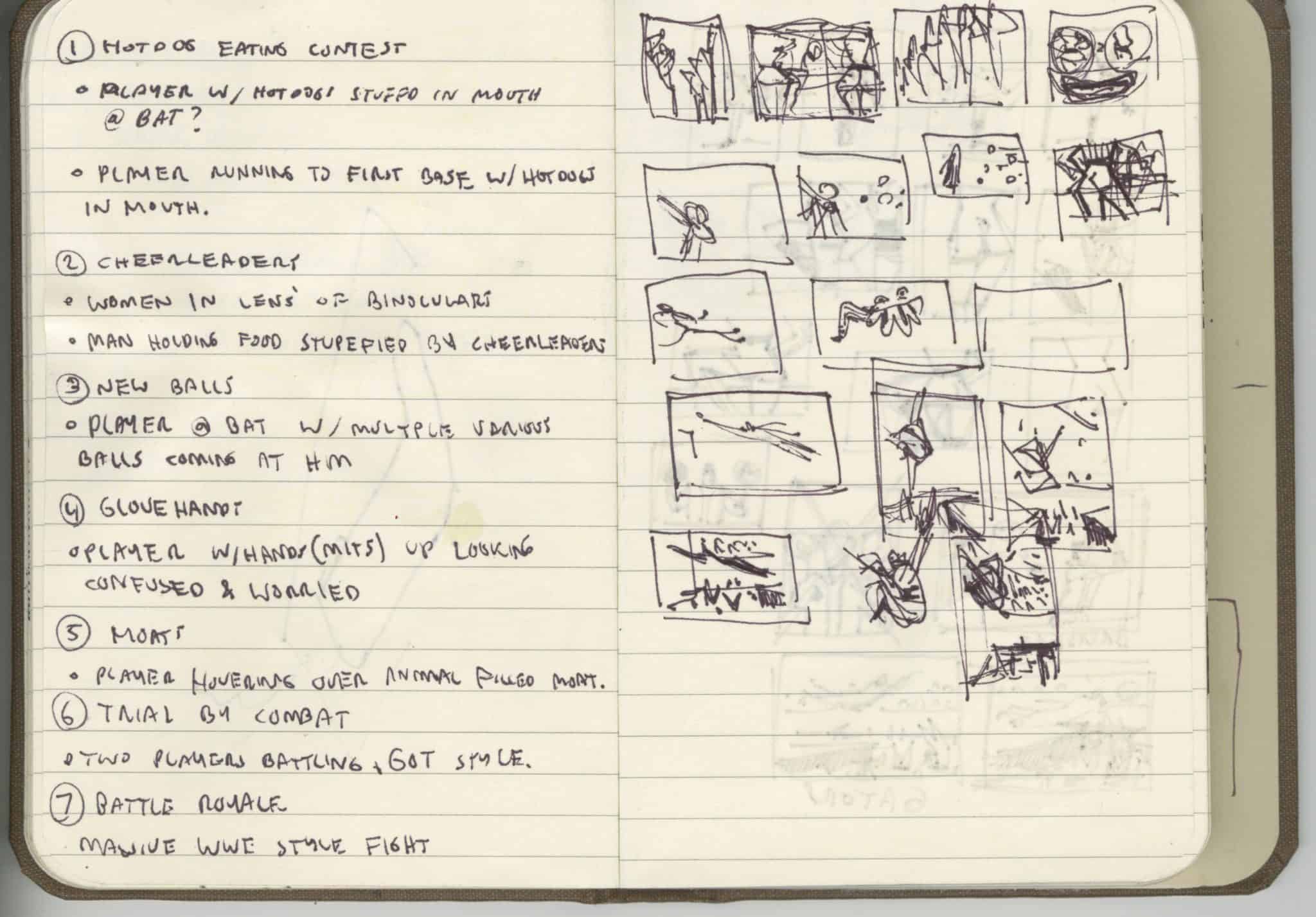 Under a tight deadline, we needed to mow down the lineup  of seven ideas in the article. Fortunately, these ingenious, evocative ideas on how to make baseball “better,” quickly led to sketches that flowed across the pages. 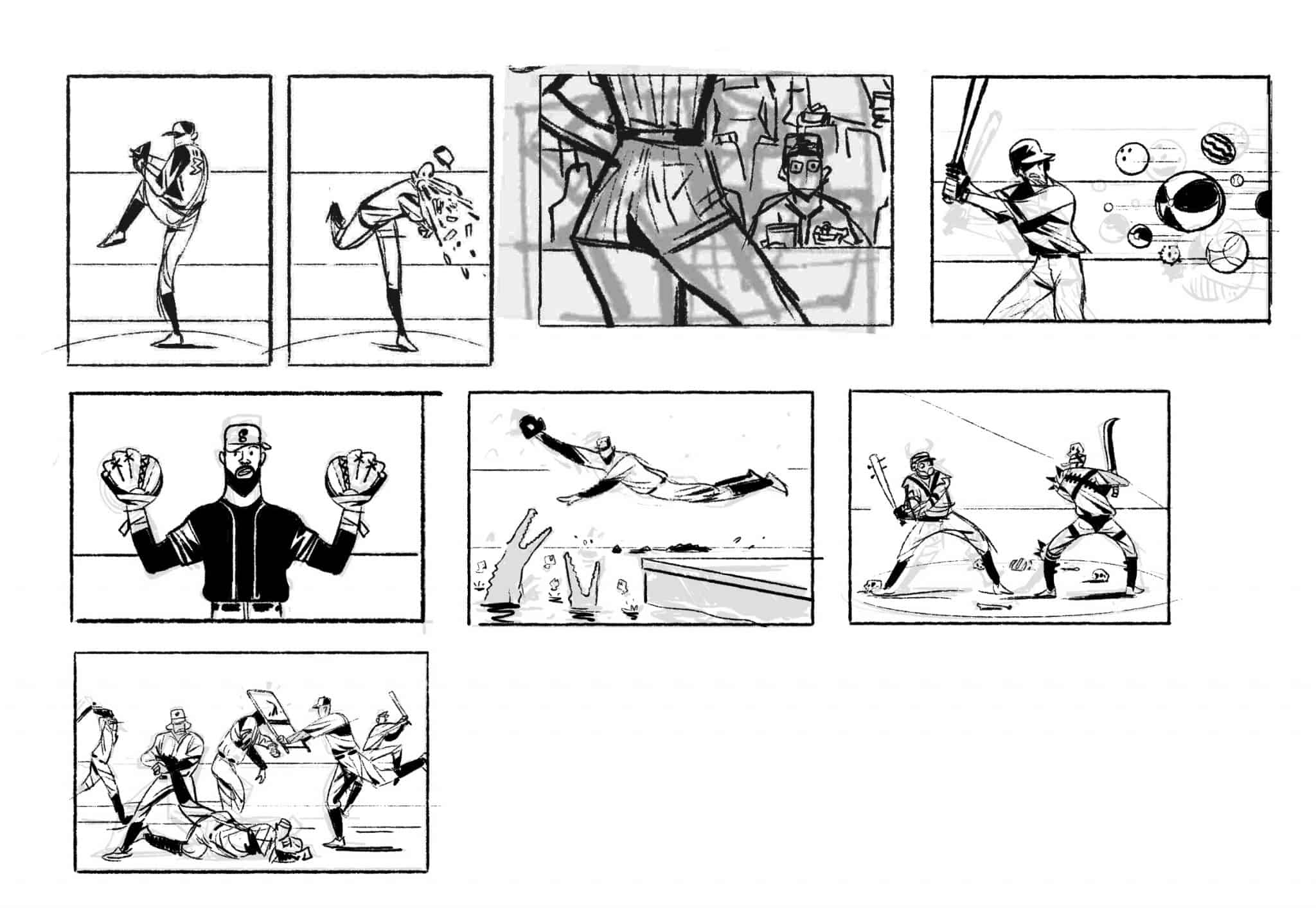 With the ideas all sketched, we started to plan all of the possible attention-grabbing movements for the animated GIFs. 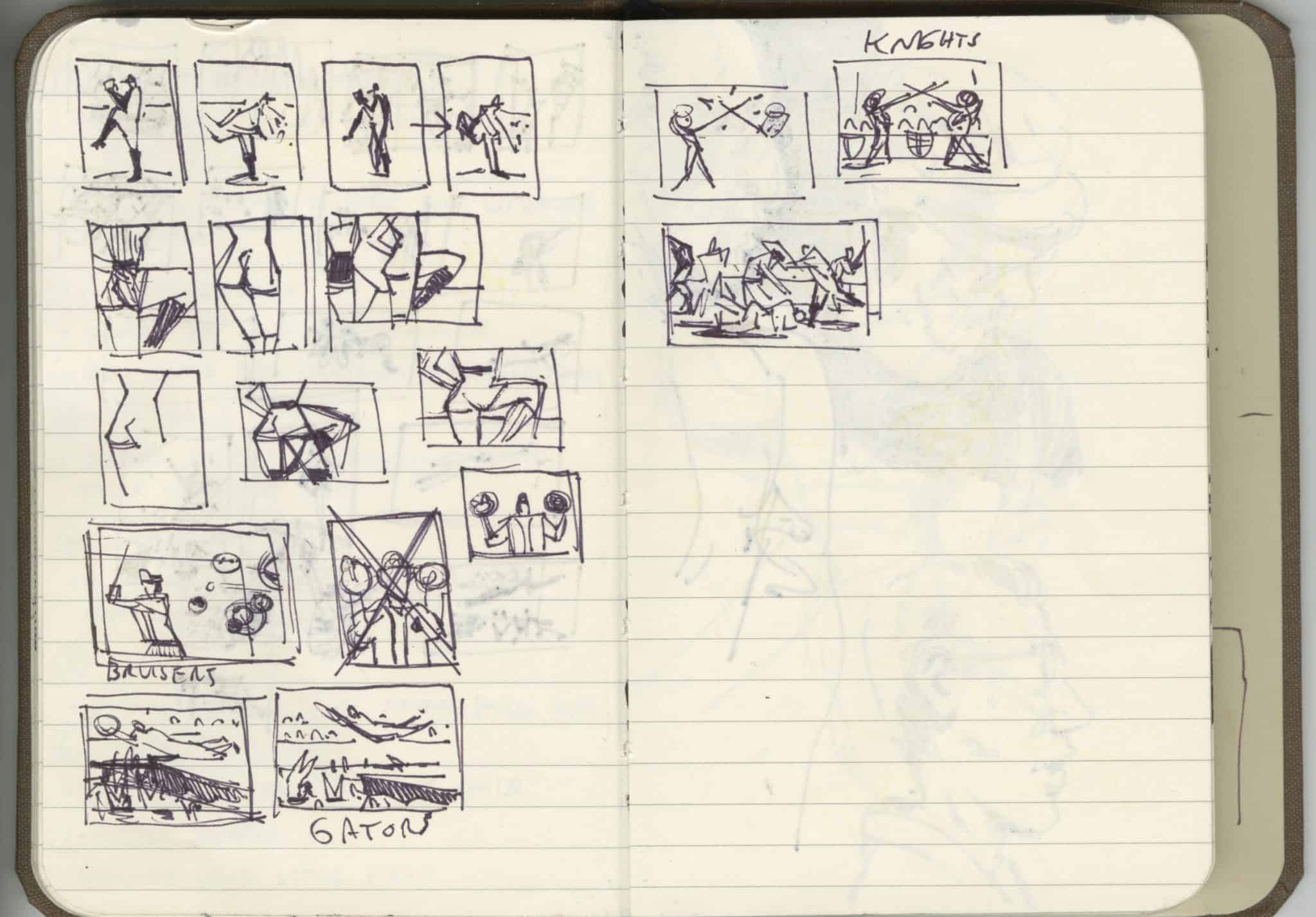 With sketches approved, we illustrated the final art with a saturated, textured look. Cut-out objects were layered in for a vintage style.

The final published page can be seen scrolling below.

When it comes to sports, we want more of just about everything: more scoring, more hitting, more drama. That’s why football has become America’s real pastime and basketball has started to challenge soccer as the world’s favorite sport. Baseball, on the other hand, is losing fans left and right because, let’s face it, the game is just too slow. For years now, Major League Baseball has tried to speed things up, but it’s clearly not working. That’s where we come in. Here are seven incredible new ideas to take baseball into the modern era and engage new fans with ever-shrinking attention spans.

Baseball may have been the most American sport back when Abner Doubleday was around, but what's more American today than a hot dog eating contest? Before the first pitch gets thrown, each team sits down and shovels in as many hot dogs as they can possibly stomach. The team with the most dogs consumed gets a one-run advantage to start the game. Plus, you get the added bonus of watching Bryce Harper puke as he runs to first. Now that's entertainment.

Every major sport except baseball has cheerleaders of some sort. The NFL and NBA have full squads, the NHL has ice girls, and even the UFC has ring girls. MLB, though? Nothing. This isn't some misogynistic ploy to see women dance around in skimpy outfits — this is about having something to do between innings. Sausage races only get you so far, people. If every team created a dance squad, we wouldn't be sitting in the stands wondering why we still pay good money to watch grown men hit balls with sticks.

The same horsehair-filled baseball has been used for over a century now. Isn't it time to switch things up? Let's have a selection of random balls at the game. In one game, you get a red rubber playground ball; in the next, a Golden Snitch from Hogwarts. Imagine how much fun it'll be to watch Kris Bryant try to belt a homer with a golf ball coming down the pike.

After the third inning of every game, each team nominates a player to go face off at home plate and play Edward Glovehands. The ump flips a coin and whoever loses has to get a mitt taped to each of his hands and play the rest of the game like that. Ever try to throw a ball with a glove? You turn into a human lacrosse stick. All hail Edward Glovehands.

The warning track exists to let outfielders know when they're getting close to the wall, but has anybody asked if we really want them to know? Games would be way more exciting if the right fielder put his life at risk every time he chased a fly ball. Instead of a warning track, we're installing moats. They'll be filled with piranhas. Good luck out there, Puig.

NO.6: Trial by Combat

While we're on the subject of moats, let's go full Game of Thrones and institute a Trial by Combat system. Instead of umpires making close calls, we're going to let the players duke it out. Each combatant gets a bat and a catcher's mask. May the best warrior win the base.

Regular nine-inning games are hard enough to sit through, but extra innings are ten times worse. Instead of letting the game drag on for hours until one team mercifully slays the other with a run, we're taking a page from pro wrestling. Tie games will now end in a Battle Royale. The teams line up opposite each other and when a whistle blows, they do whatever they can to throw the opposing players outside of the infield — no holds barred. The last player standing inside the boundaries of the base paths wins it for his team. Let's get ready to rumble!

For over a week, our art for several different projects dominated the front page of TBS Digital’s site, helping to spike traffic. 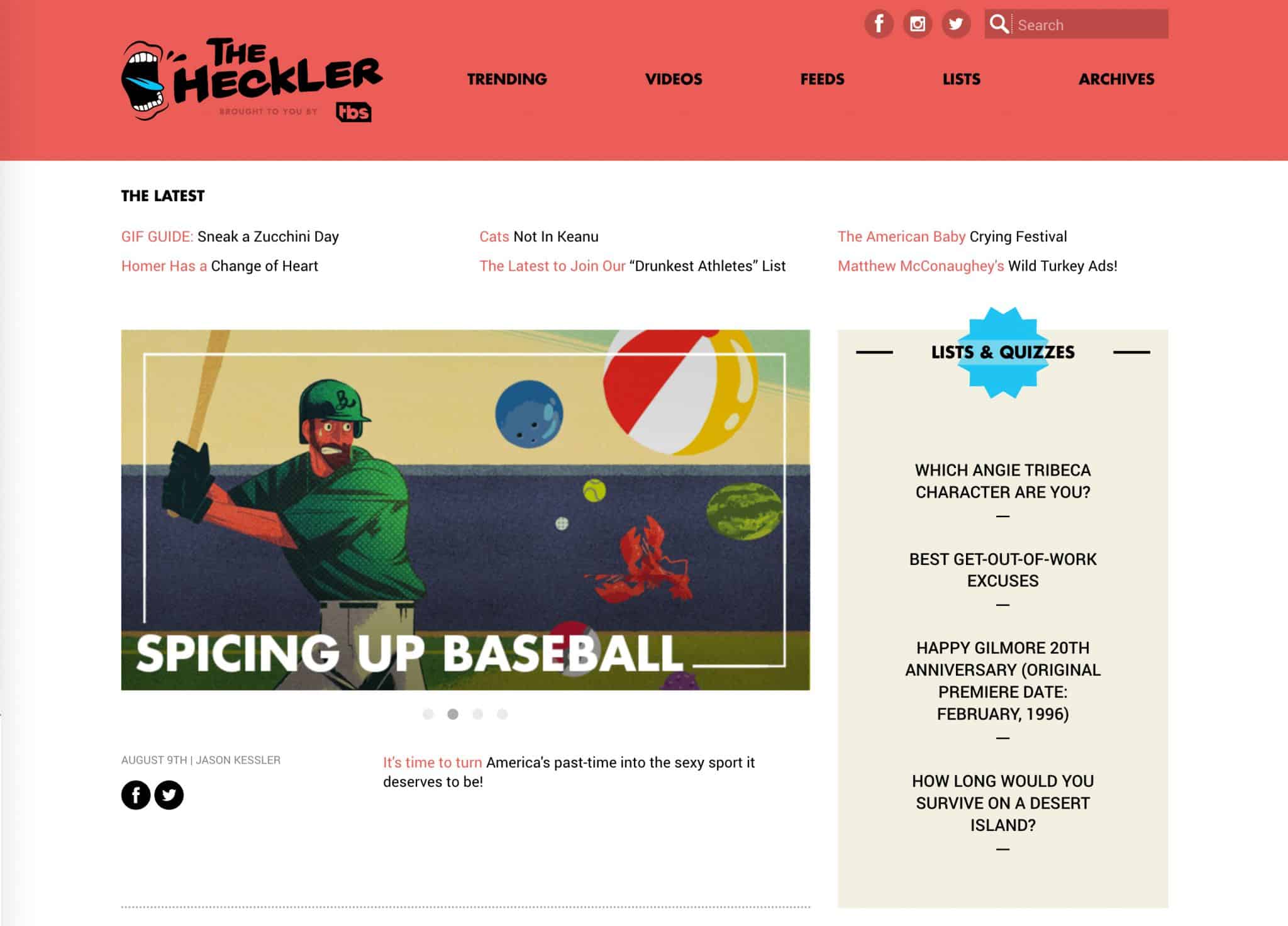 Working with Zookeeper has been a pleasure. The team has great artistic abilities and keeps a keen eye on where the medium is headed.