The Oldest Man in the Club

When TBS came to us a with a brilliant comedy script titled “The Oldest Man in the Club,” we were excited. Chugging along over the course of four weeks, we illustrated and animated this story of a family man in his 40s who goes out for a big night on the town with one of his bachelor buddies. Hilarity ensues.

TBS was launching The Heckler, their new comedy website, and looking to appeal to an audience of smart digital natives who love quirky comedy without rules or boundaries. The goal? To maximize shares and engagements on social media, while surpassing entertainment benchmarks.

We love overdelivering for our clients. In the process of creating this animation, which was originally slated to be just animated stills, we used a brand-new technology in an innovative way, enabling our characters to lip sync to the voiceover as well as move with realism. This was new territory for us…and TBS loved it. 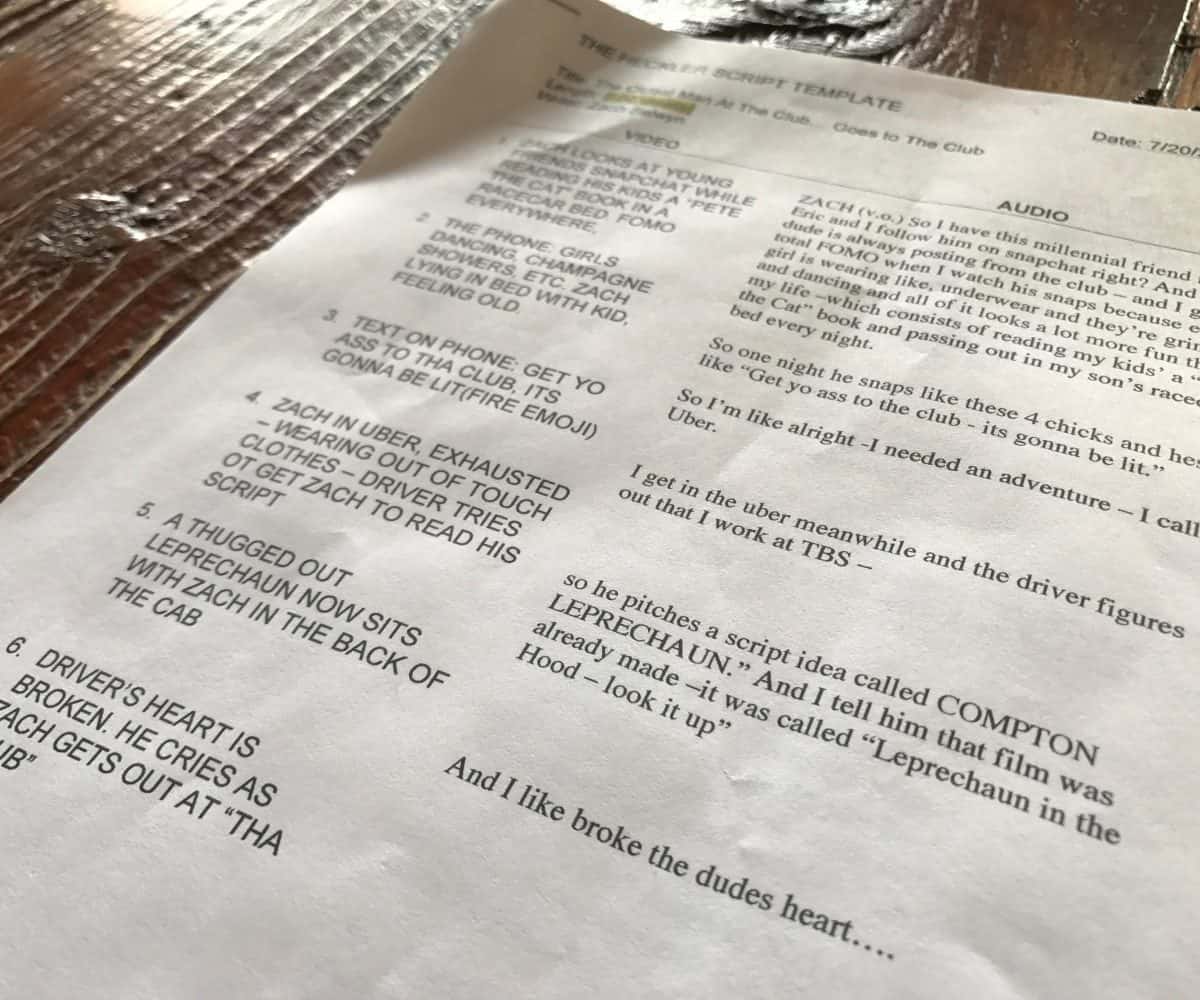 As we edit motion graphic projects, we are often end up listening to the voiceovers dozen upon dozens of times as we work on editing, timing and scoring. From when we first read the script from comedian Zach Selwyn, we knew this was a funny one. And even after dozens of listens a month later, we still chuckled every time.

How do we start? By grabbing the script and our sketchbooks…and brainstorming ideas for how to make the story come to life.

We explored quite a number of different illustrative styles and character types. 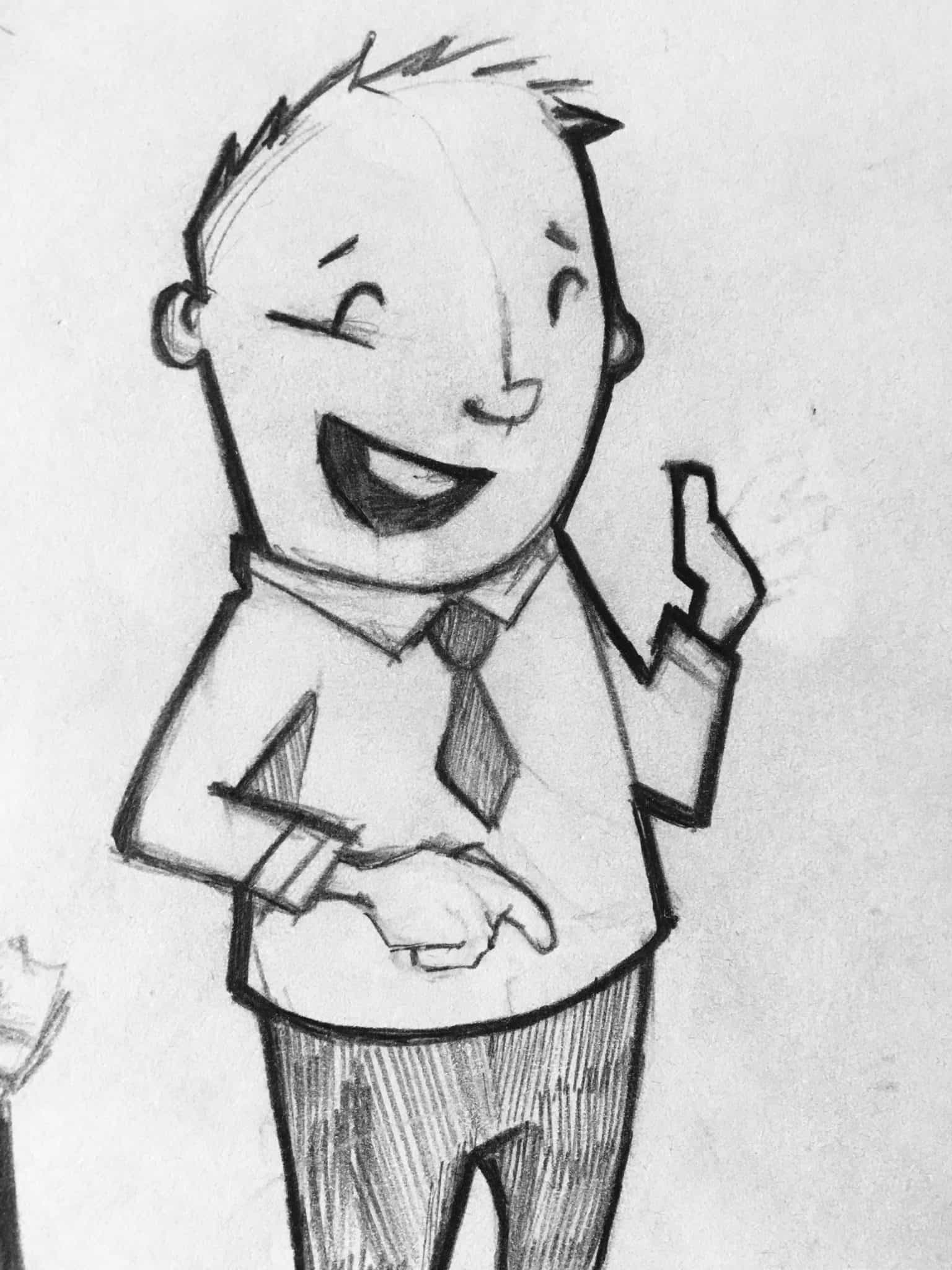 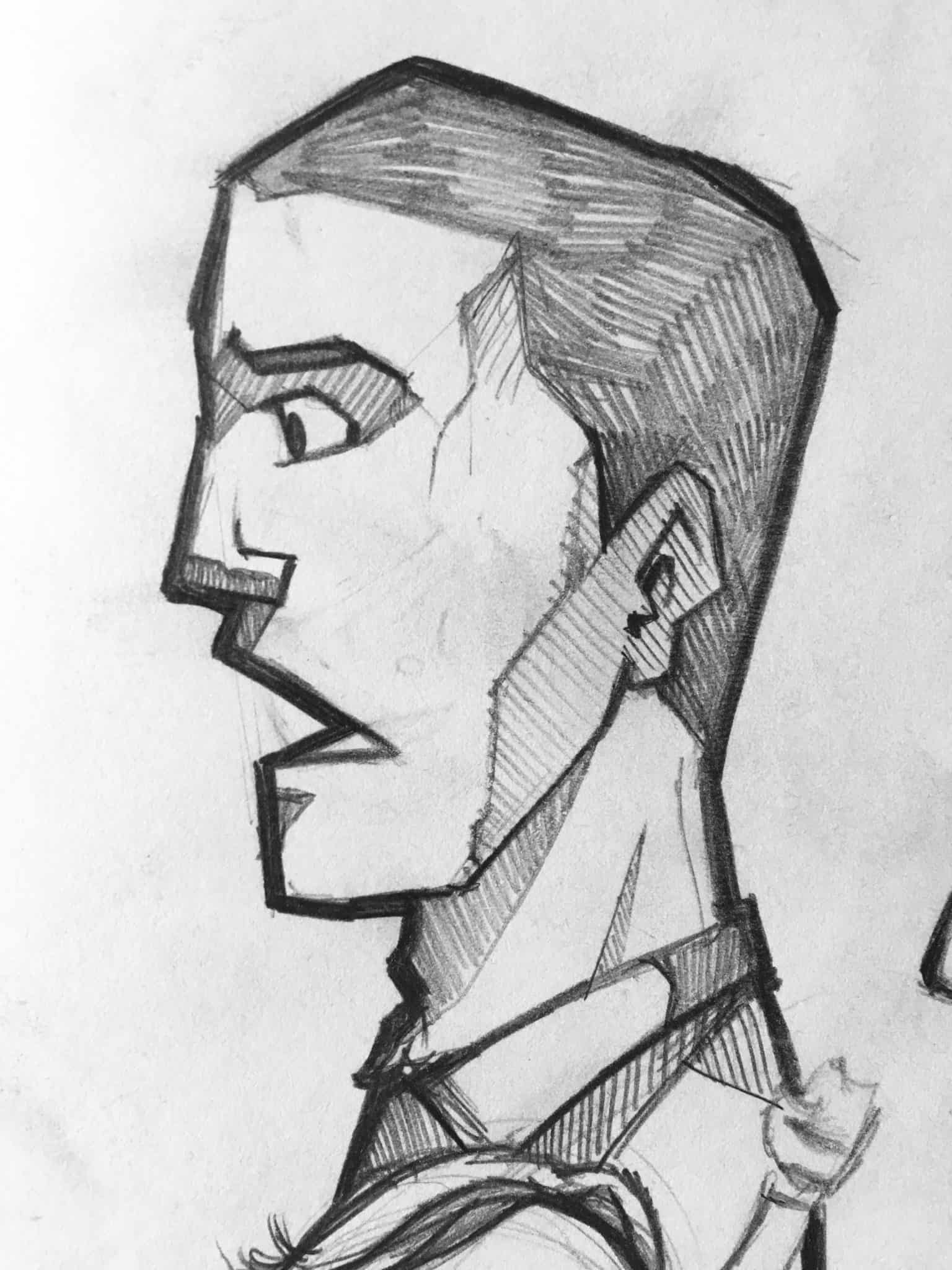 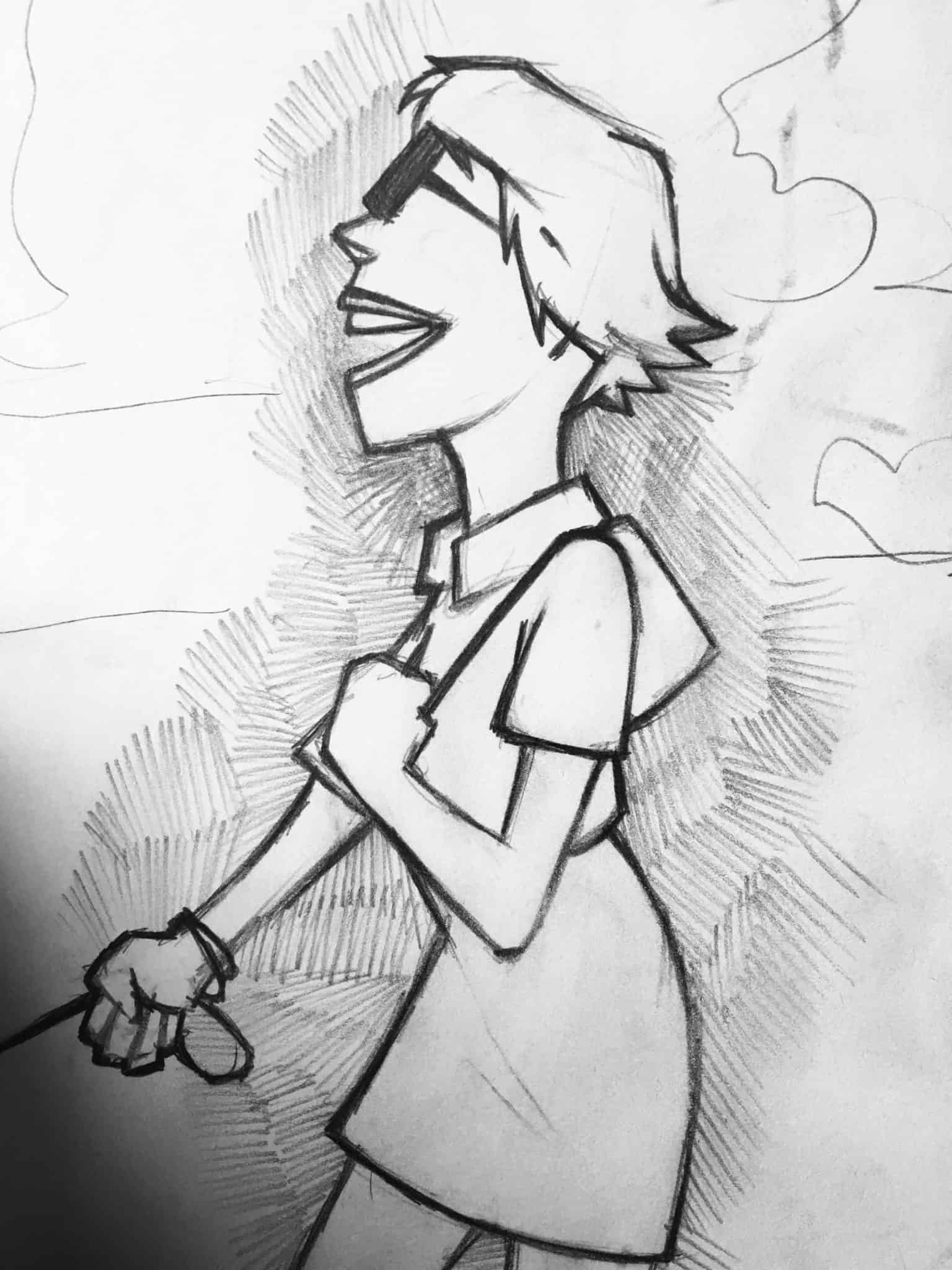 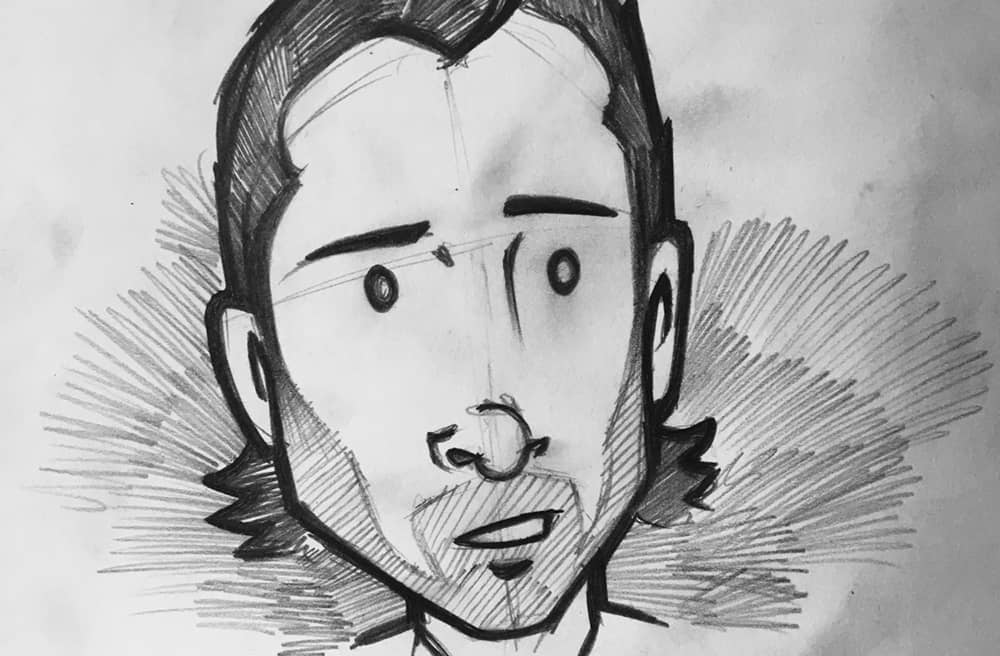 As our sketchbook pages filled, a character started to emerge, a relatable everyman type who could garner the laughs. 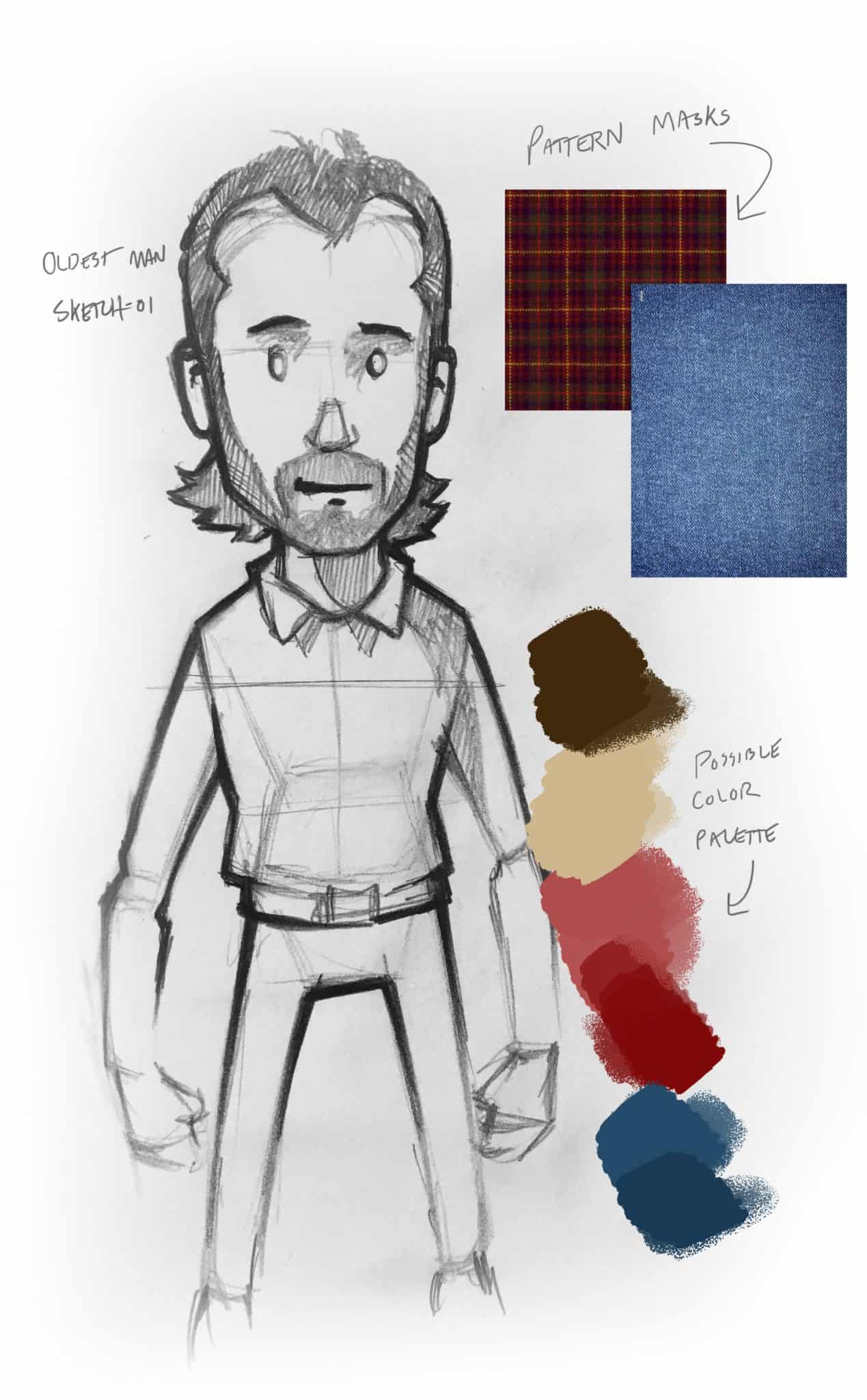 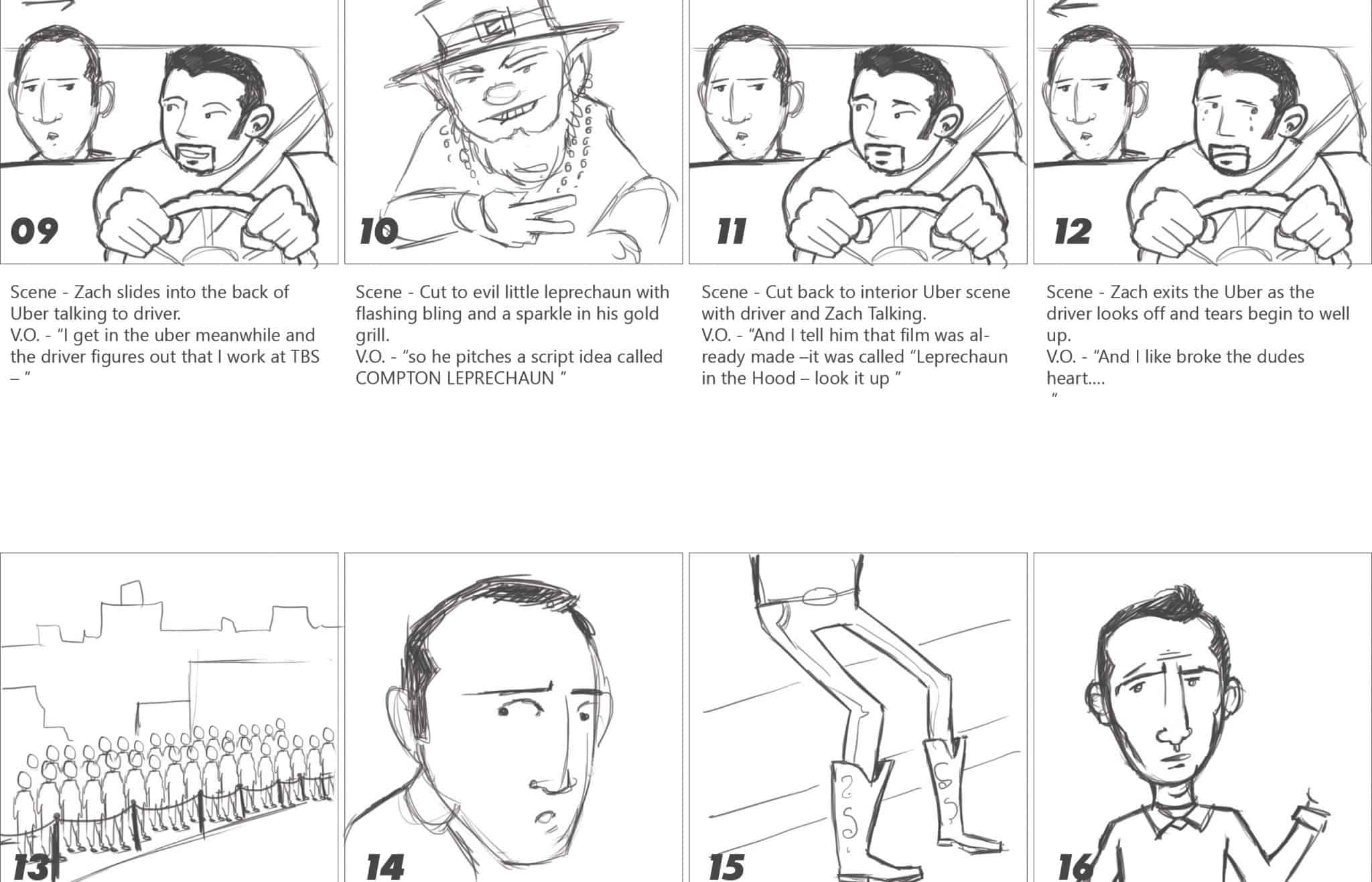 We put every scene in the storyboards so we have a visual map of where we are going and also detail all movements so we can animate with accuracy.

On projects like this that require a ton of art in a short period of time, we just jam, drawing like mad and refining the look as we go.

With our characters fully flushed out, we drew all of the backgrounds and essentials, then added textures for richness and depth. 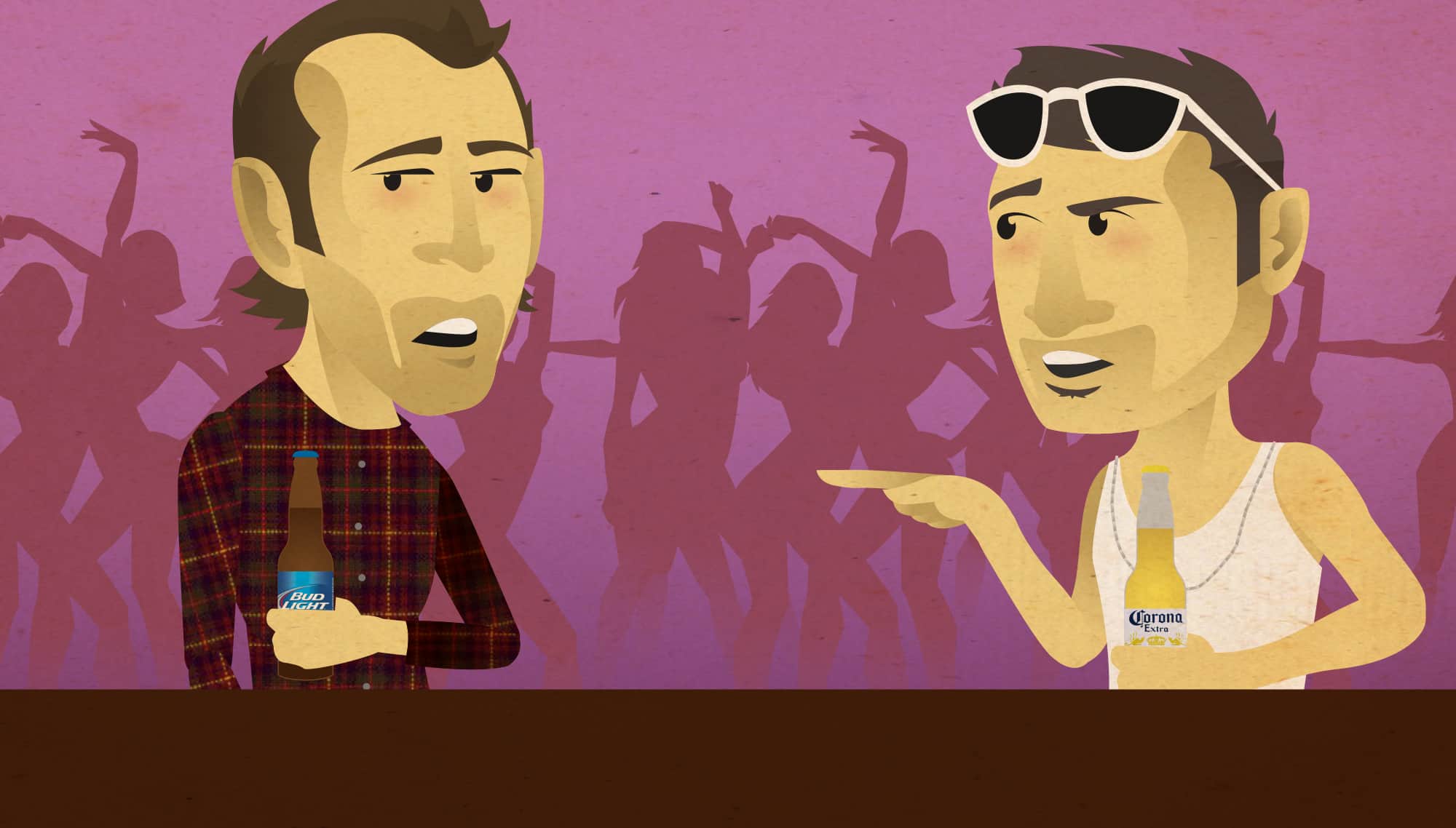 With our storyboards lending direction for movement, we took the final illustrations, which included extensive mouth shapes, and started making everything move. 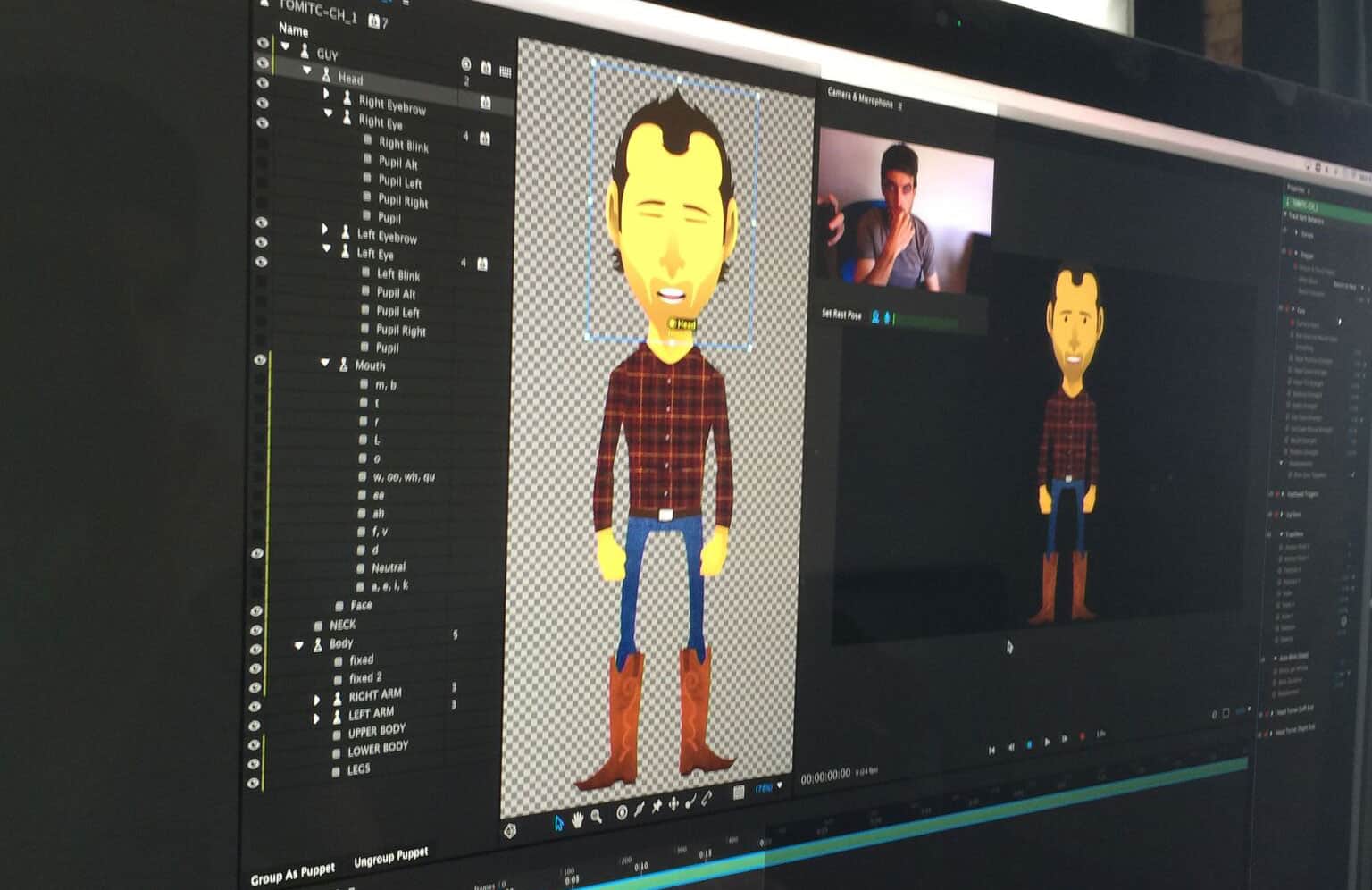 We used an innovative new way of doing our animations on this project, using audio and visual inputs to create realistic, human-like movements and lip syncing without relying on painstaking traditional hand animation. This technique pioneered a new, more efficient path for our future animation projects.

With our use of advanced technologies, our friends at Adobe have included this animation on their show reel.

With all inputs complete, we mixed the music and sound effects, and composed the final renders for all screen sizes. 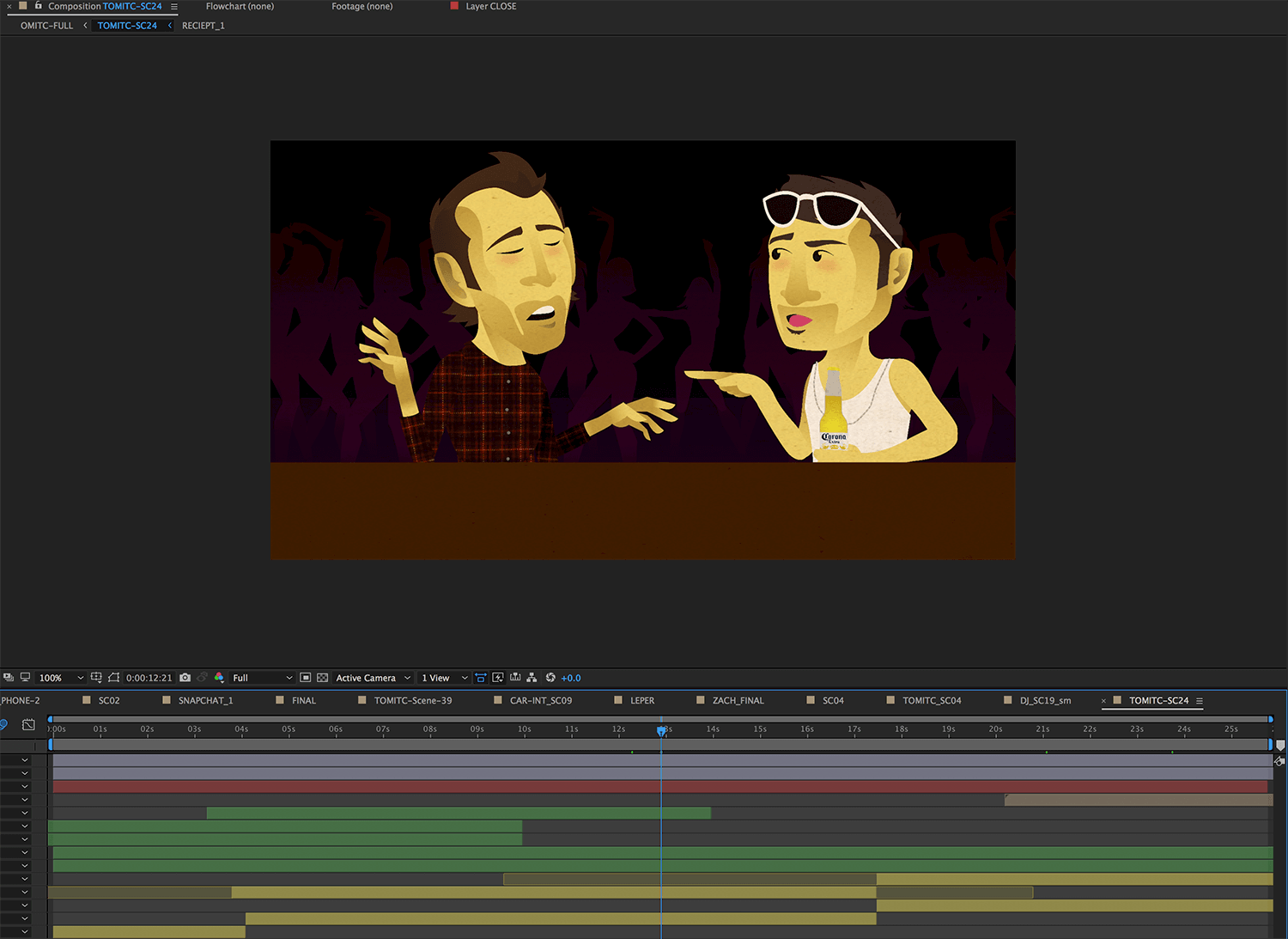 TBS blasted the Oldest Man in the Club across all their social media channels, boosting it with a spend and getting thousands of impressions.

Did you notice the Easter eggs? We always try to throw a few leave-behinds in that are memorable and encourage repeated viewings. The gold-toothed leprechaun, Will Smith, the shaking moose and the mountain climber scaling the peaks in the painting all made appearances. 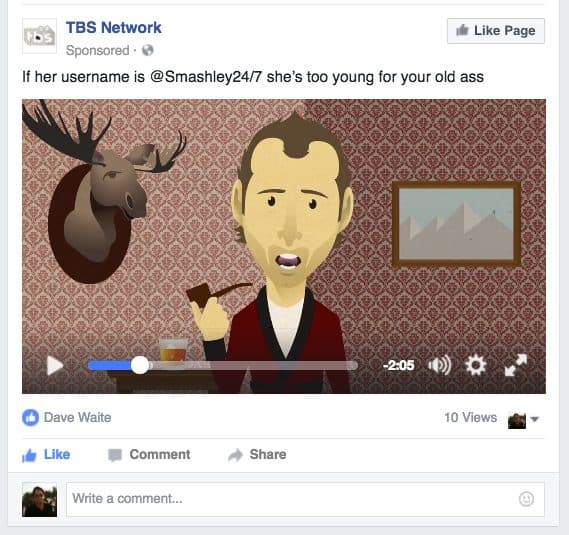 This looks amazing! Will Smith – awesome! Just rewatched (for the Easter eggs)  – I had noticed the moose wink, but not the climber! Love it. Great job on this!