A talented, independent recording artist with remarkable streaming success, Clare Means has released several acclaimed albums and tirelessly worked to build her online fanbase to over 100,000 and counting. The singer-songwriter approached Zookeeper to create an animated video for her song “Danger,” which cautions about the perils of working with unscrupulous characters in the music industry.  Clare wanted the animated music video to tell an engaging story of what happens if you associate with people in the business who aren’t right for you or management that wants to change you to fit a mold.

Clare came to us with an idea for a wild story that included sheep, serpents and aliens. We met, worked up a story arc and started planning on how to weave the animation together. Visually, we wanted to employ lively, vibrant colors to capture the spirit and energy of Los Angeles, in a memorable way. 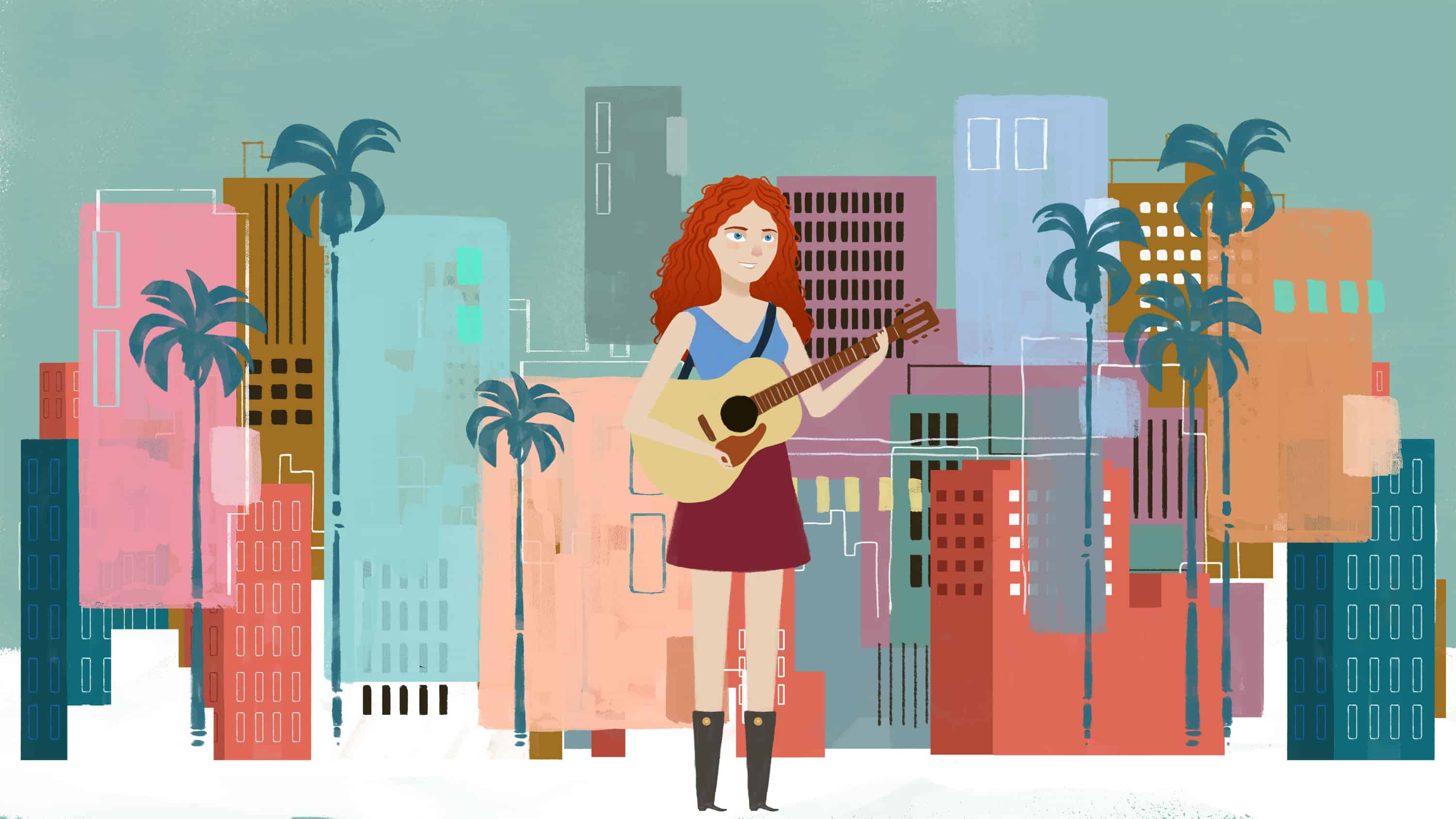 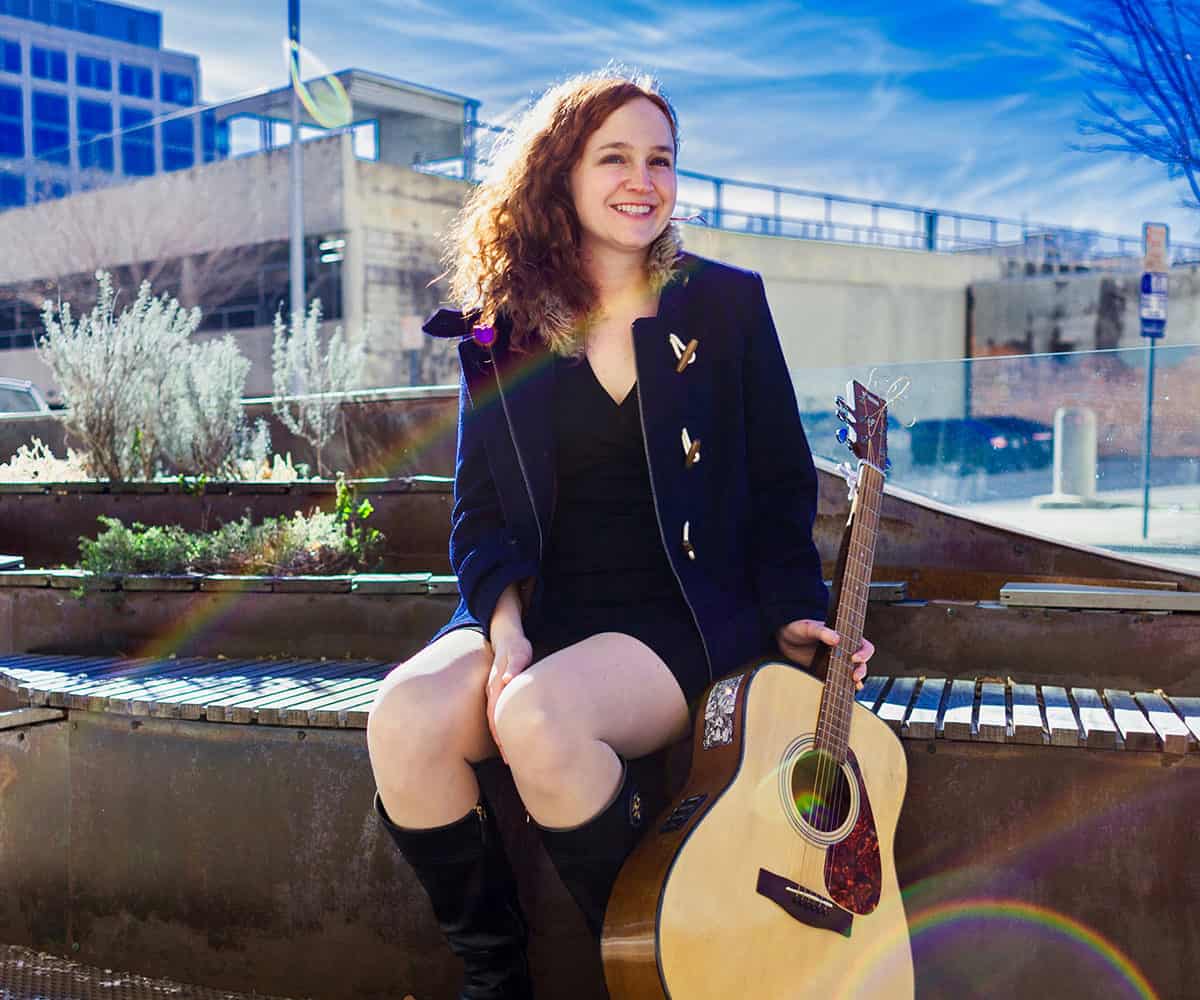 When you meet Clare in person, she’s full of passion and energy for her craft. Using photographs and videos as references, our illustrator went through the creative process to capture not just her likeness but also her expressiveness. 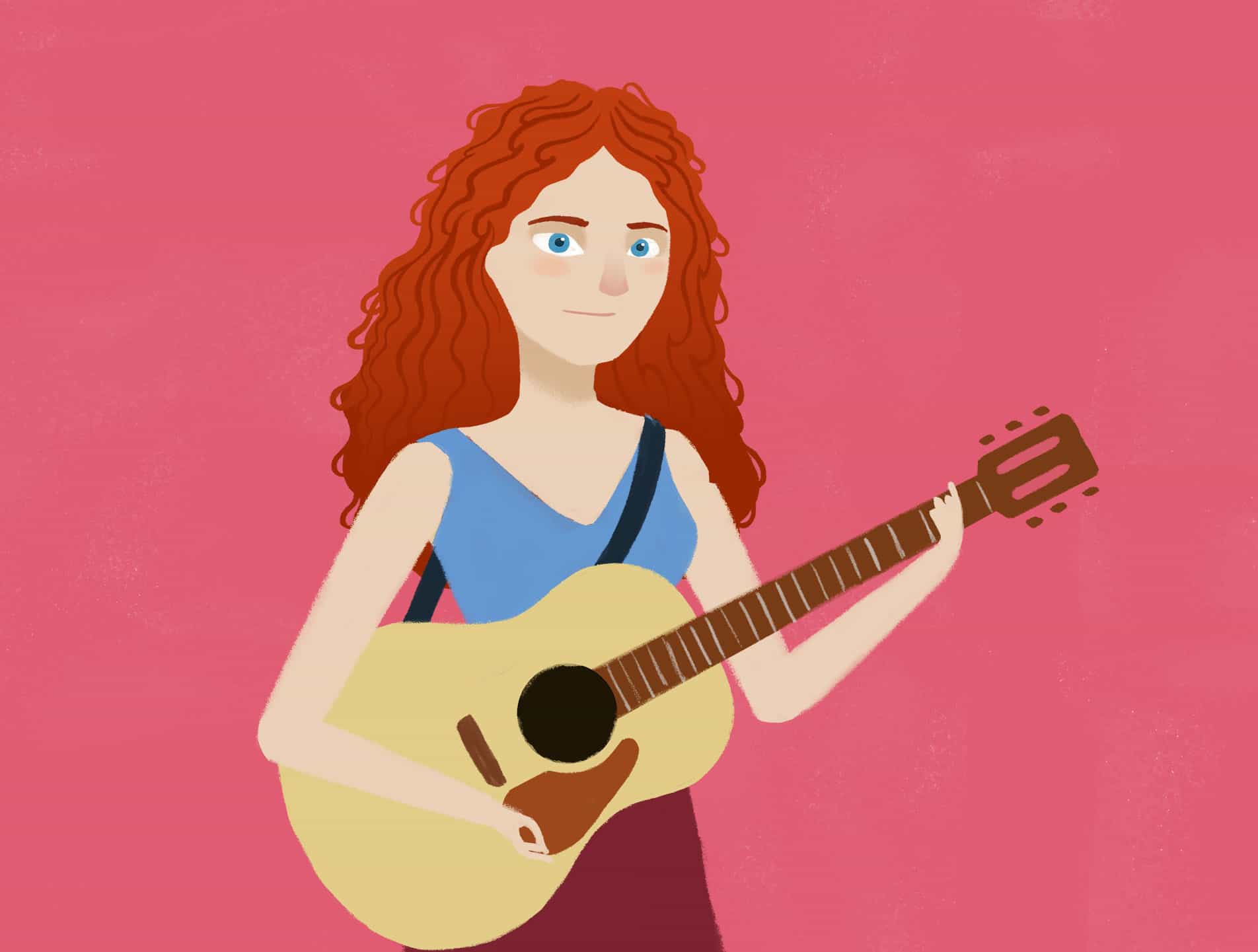 To match her unique style, we created different outfits and transformations to capture her personality and point of view. We wanted the look of the video to be fun, bohemian and not overly polished. 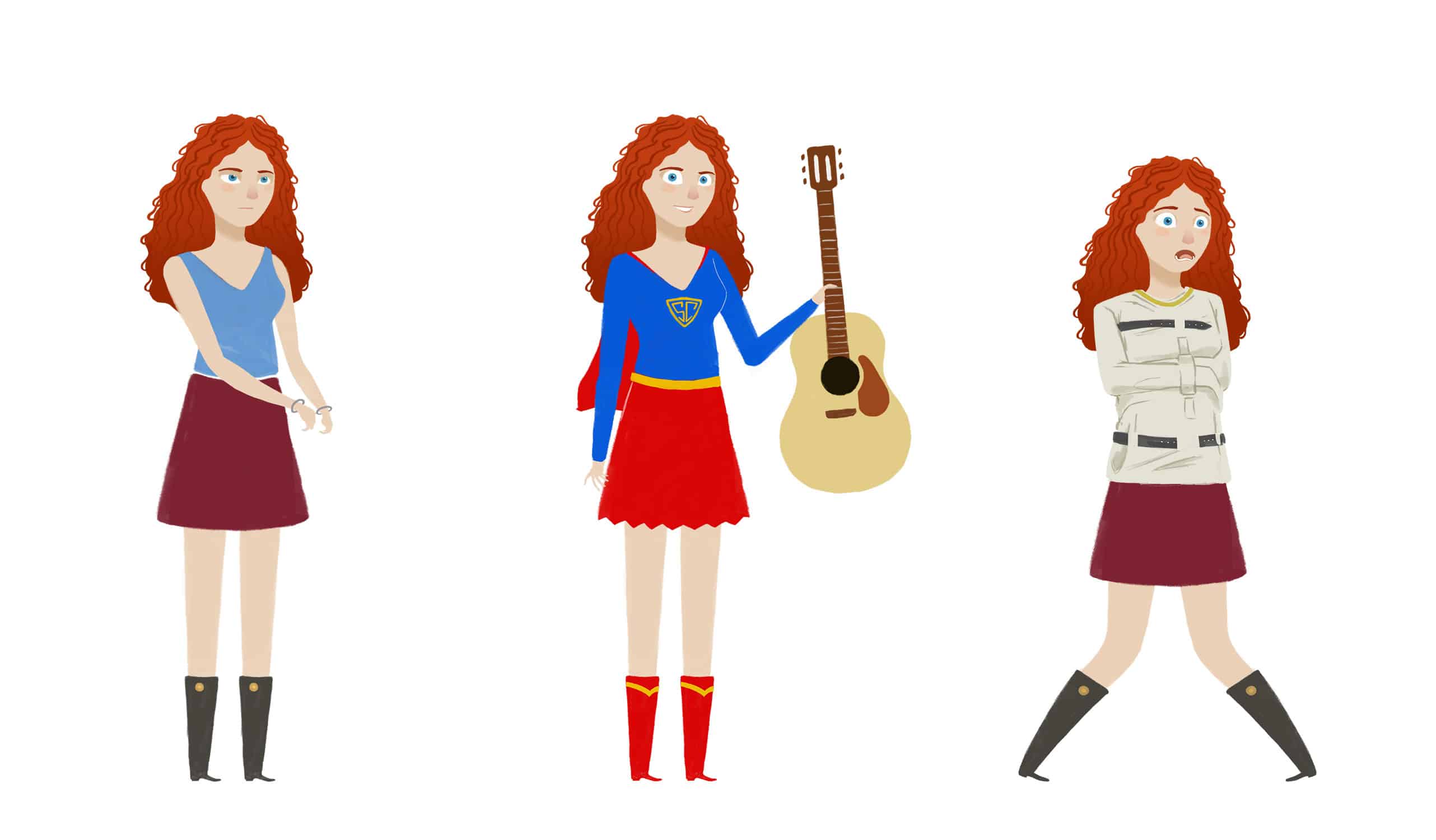 We needed to create a full cast of characters for the music video that included both friends and foes, all in the same hand-painted illustrative style. 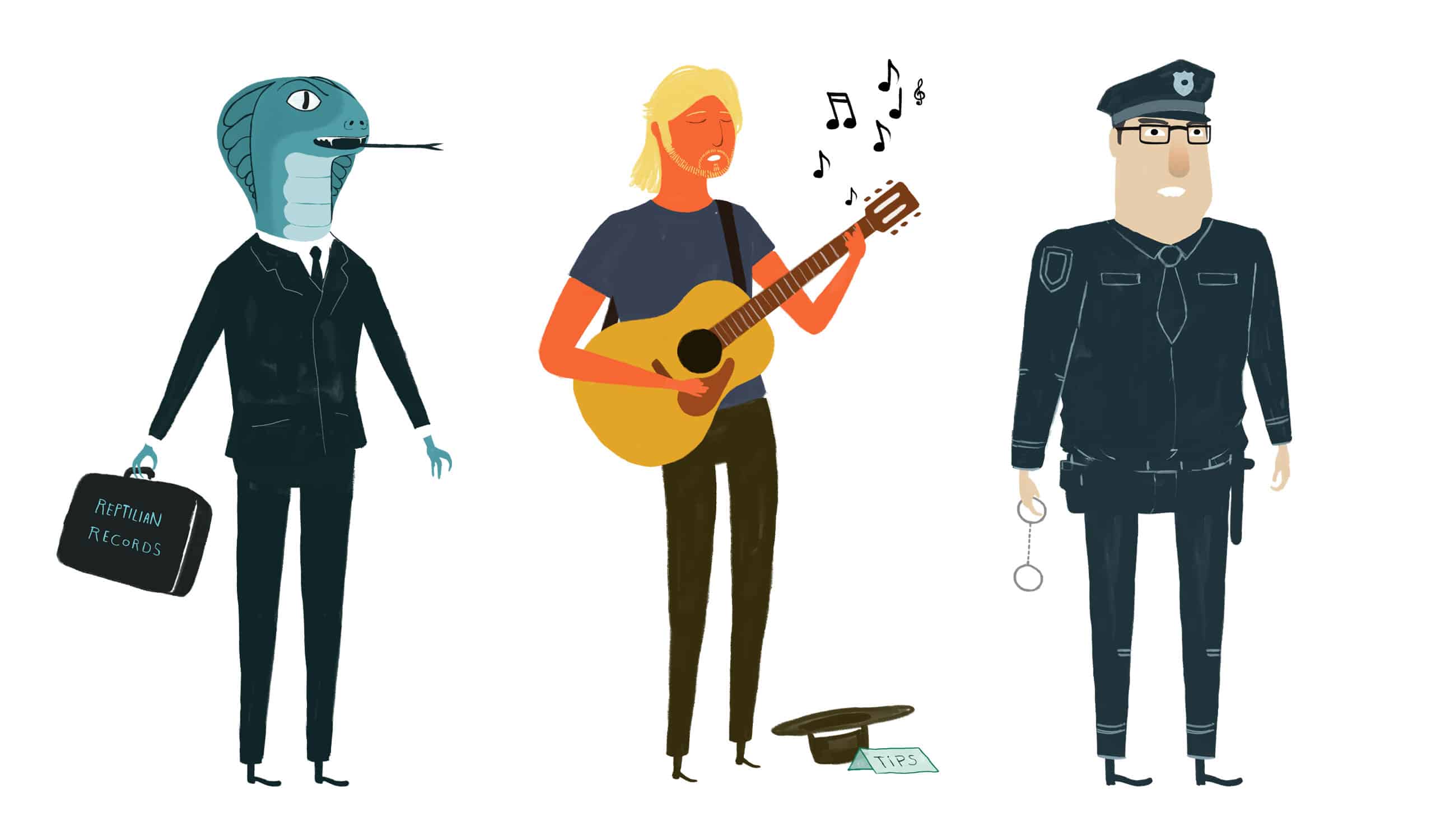 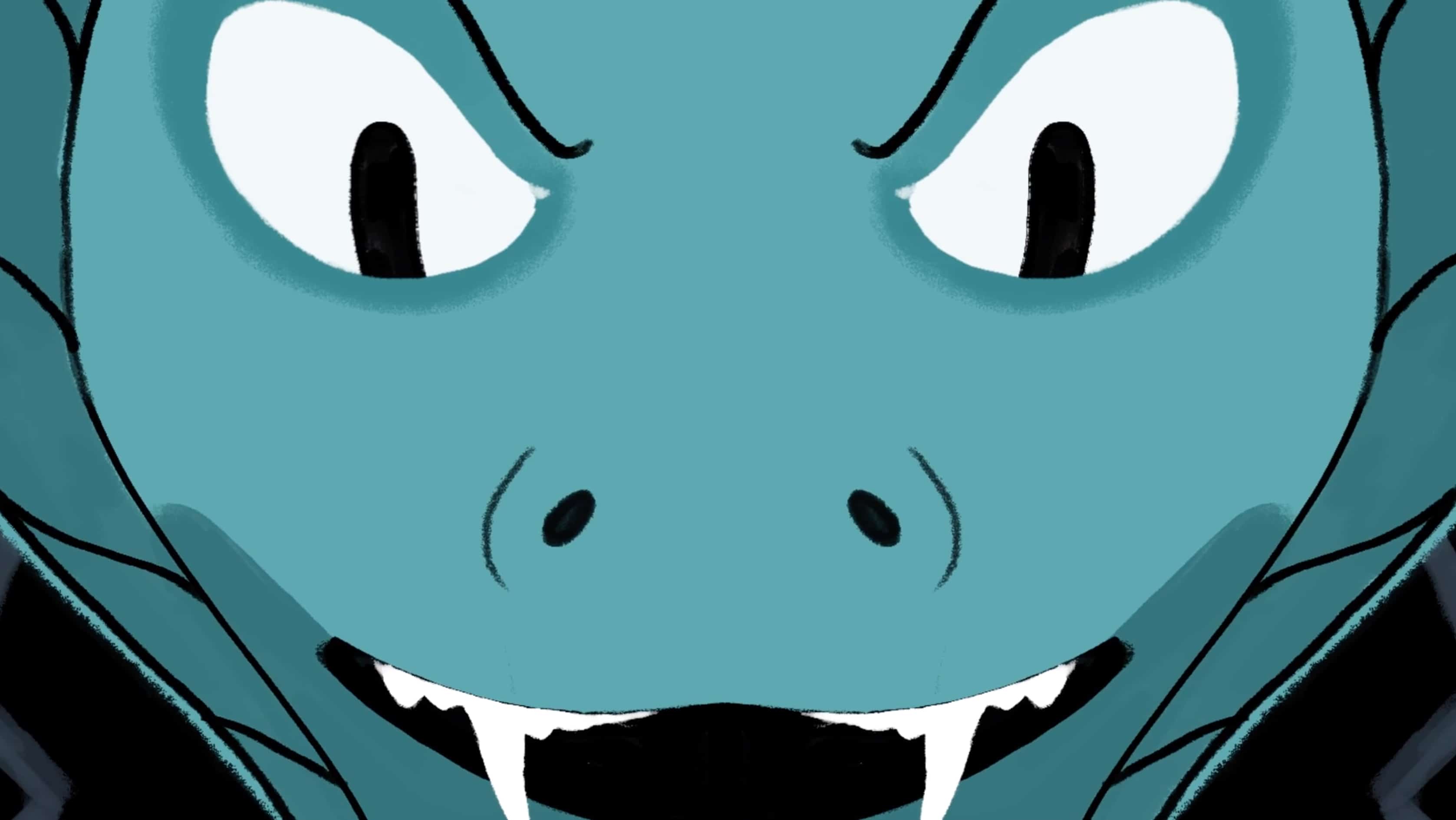 To bring the illustrations to life, we created multiple layers that cycle through for a number of repeating objects in the video to keep the illustrations constantly moving and driving the story forward to match the song.

Animating to the Beat

We love to innovate and wanted to make the video pulsate with the music. We devised a way to use sound keys to map the audio track. That enabled us to link the background elements to move to the beat of the music on their own. 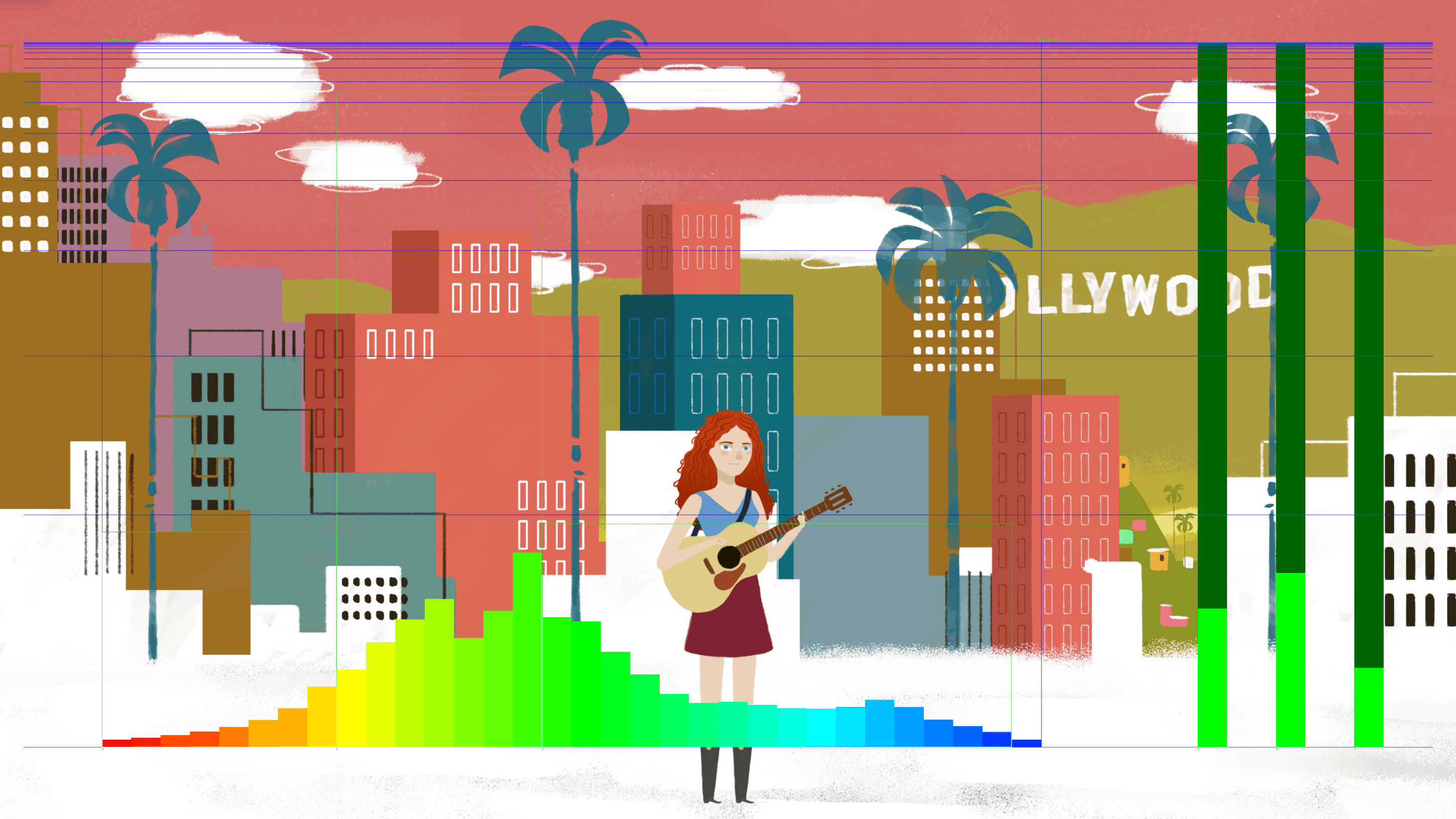 Puppet on a String

We used multiple methods of character animation in the music video. For the puppet on the strings, we innovated by using inverse kinematic (IK) animation. The limbs of a skeleton were each attached to a string, and when the string is “pulled,” the limb follows, giving the movement we envisioned. 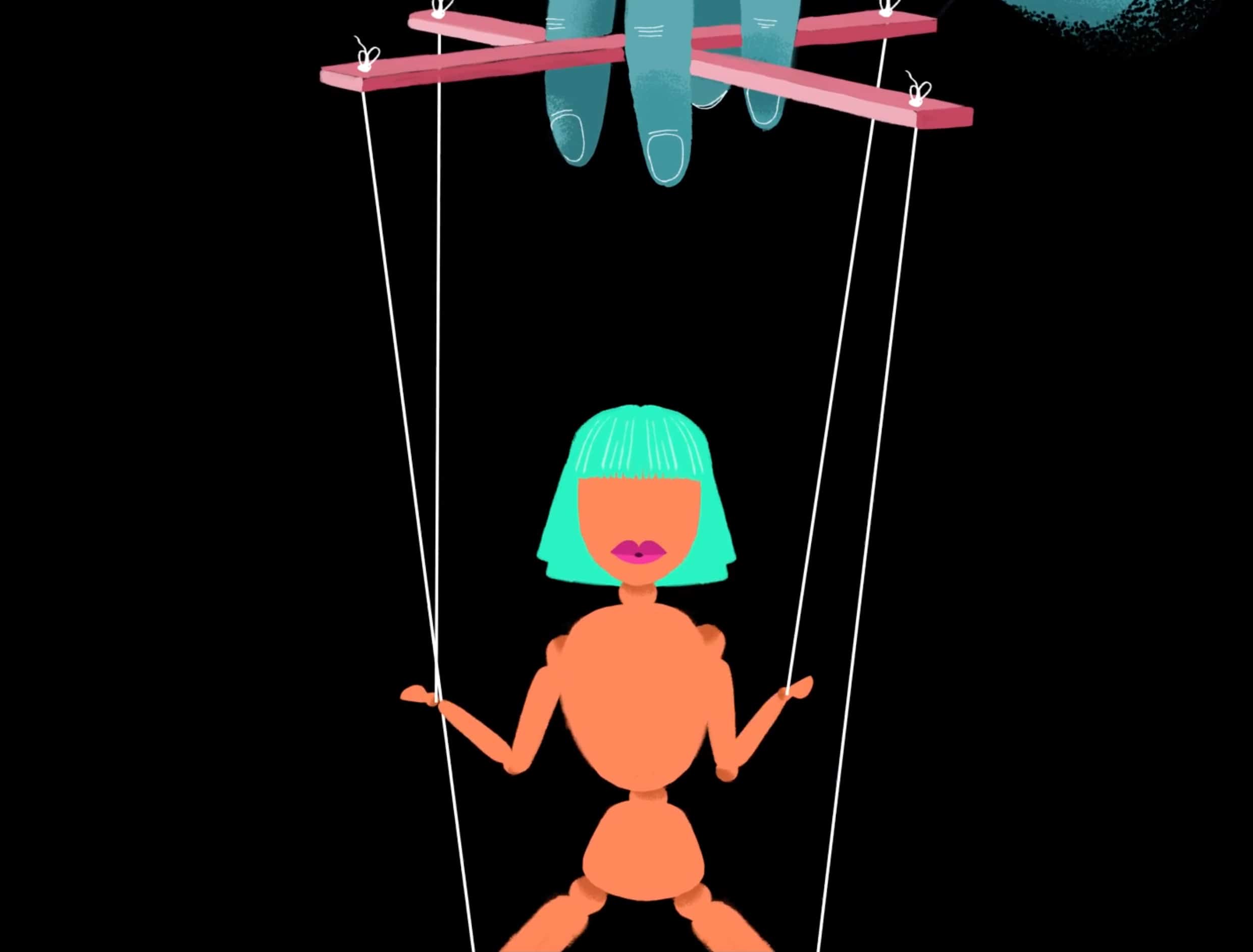 We’ve worked with Adobe’s Advanced Product Team on their ground-breaking Character Animator program since it was in beta back in 2016. Character Animator proved invaluable for this music video, allowing us to animate efficiently and create dynamic character movements. For the dancing characters, the reptile is completely done in Adobe Character Animator. Random chains of movements were triggered simultaneously to give the appearance of dancing.

For the puppet off the string, Character Animator was used for a walk cycle. The walk style was set to strut to give a more ‘bouncy’ movement. She was then walked back and forth to the beat of the song, while randomly animating the arm angles.

The animated music video premiered with an extensive article on Billboard’s website. Across Clare’s social-media channels including Periscope, YouTube, Twitter and Instagram, the “Danger” video animation quickly racked up thousands upon thousands of hits while earning praise from Clare’s devoted fanbase. On YouTube, the video is climbing toward 25,000 views. 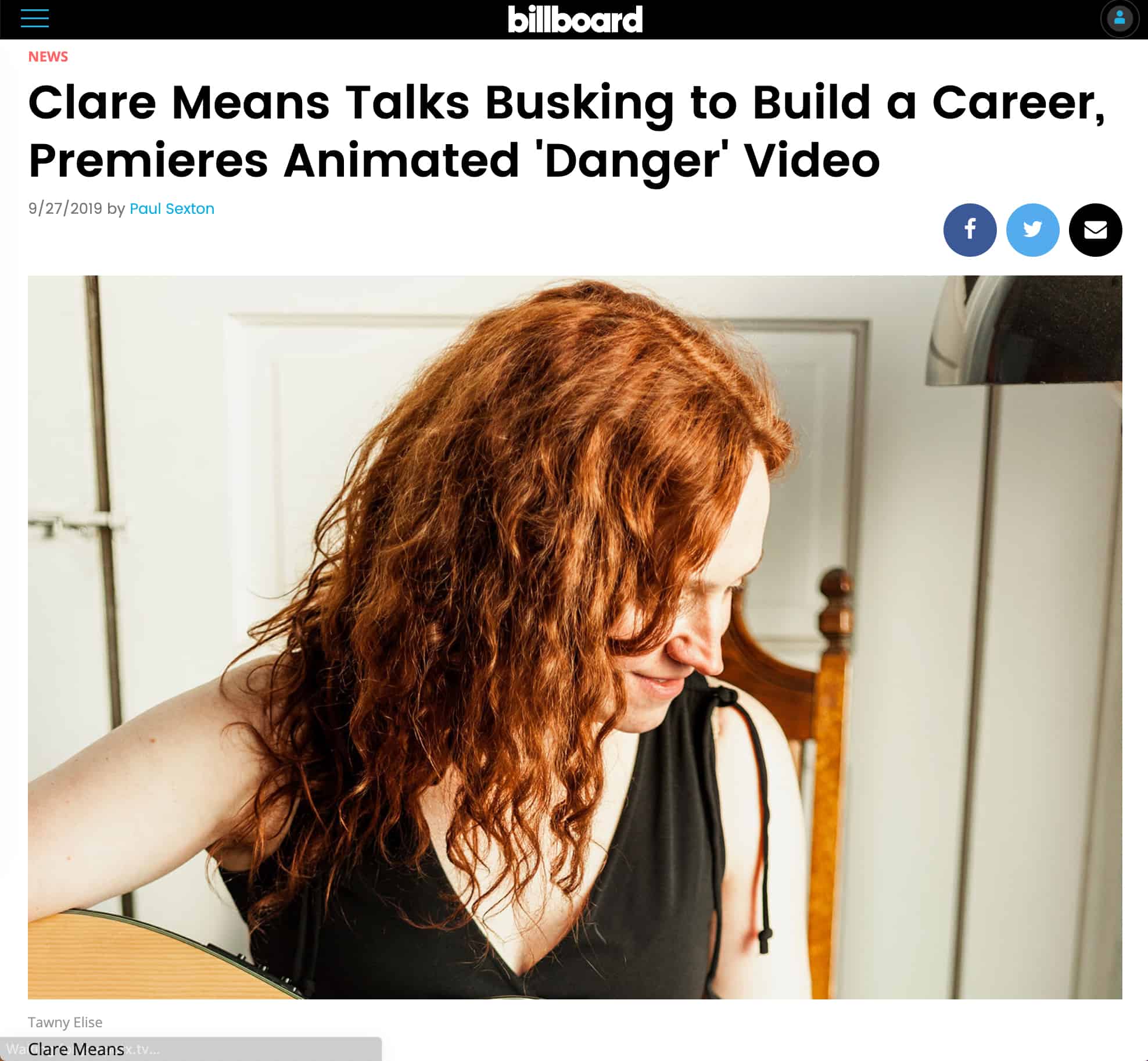 I love the video and am super excited about it! It looks awesome! Thanks so much! 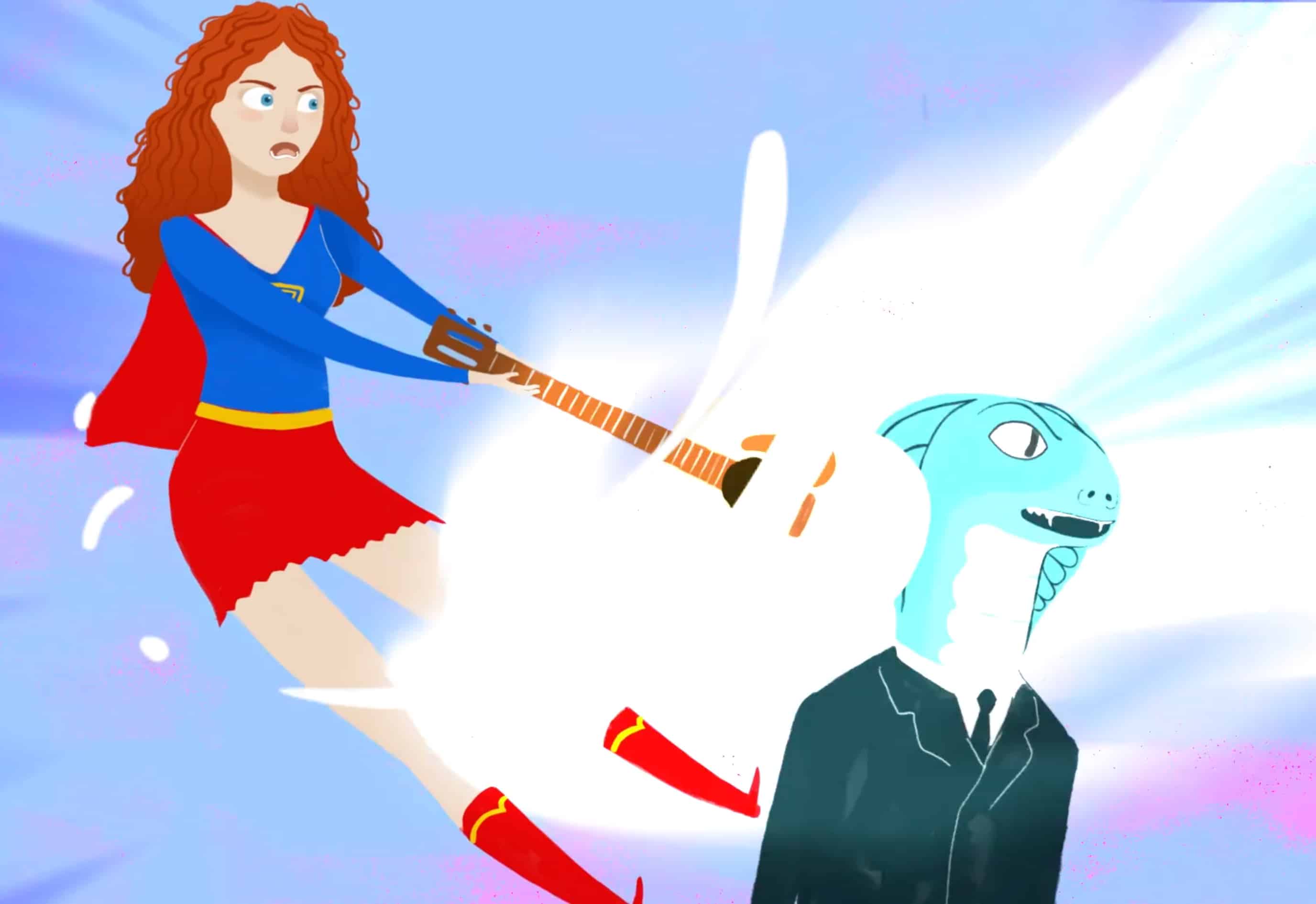