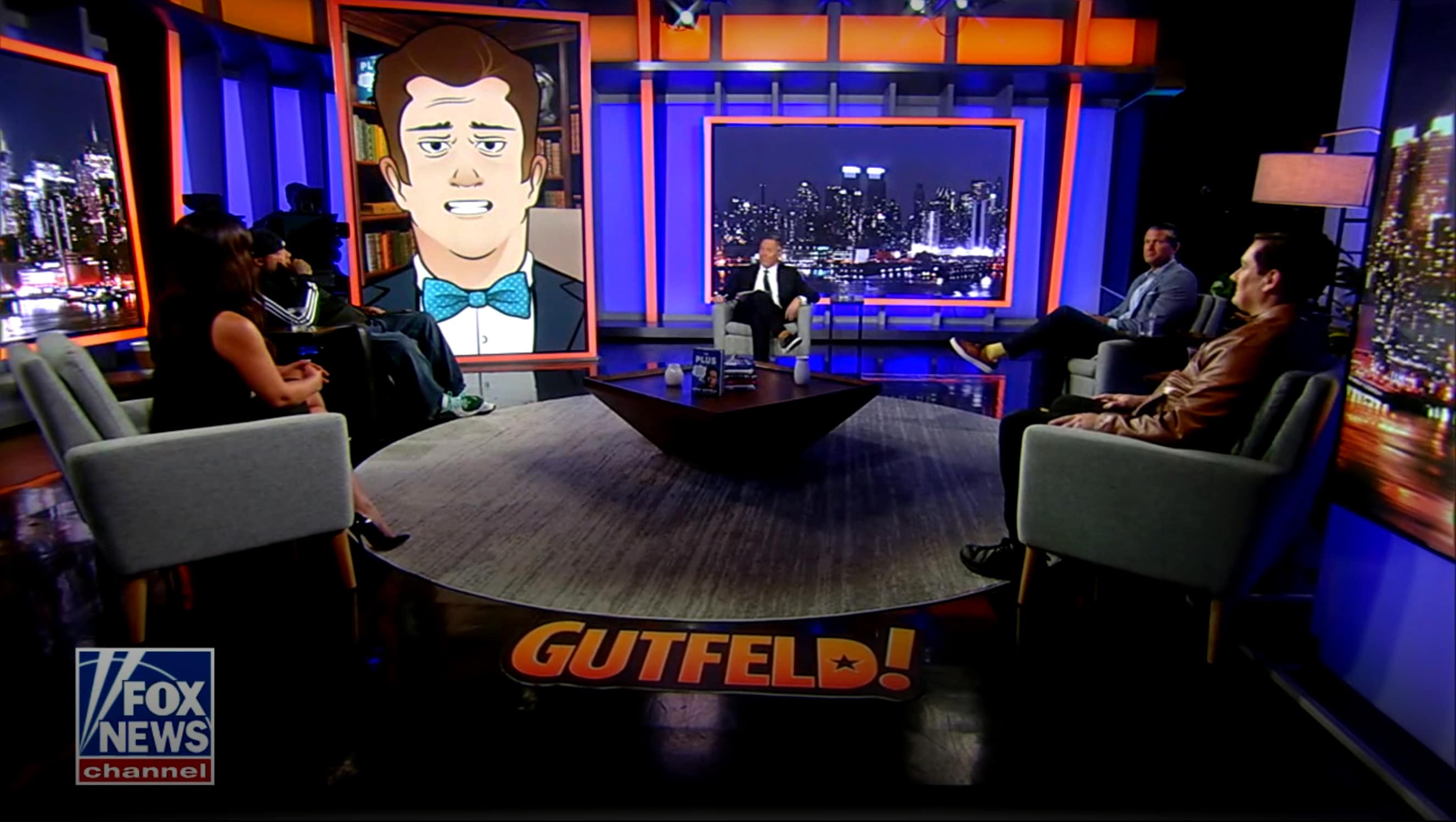 To launch their new comedy news show hosted by Greg Gutfeld, the producers wanted to create a Character Animator puppet that they could use for live segments. The character would serve as a nerdy, deadpan ombudsman who would fact-check the show’s contributors. Our friends at Adobe gave Fox News our contact info and recommended us for the project.

A revolutionary program that’s won an Emmy, Adobe’s Character Animator software takes your audio and visual inputs, and outputs an animated character in real-time—meaning live—through its lip-syncing and motion-capture technologies, like face-tracking and body-tracking. The Gutfled! production team would have a comedian behind the camera acting out and saying the character’s lines (or making them up on the fly).  We’ve been working with Adobe for years as beta-testers of Character Animator, which opens up a world of possibilities with its ability to live-stream.

With the show slated to debut two weeks from project kick-off, the Gutfeld! producers wanted the ombudsman character to be a know-it-all with a snooty attitude. 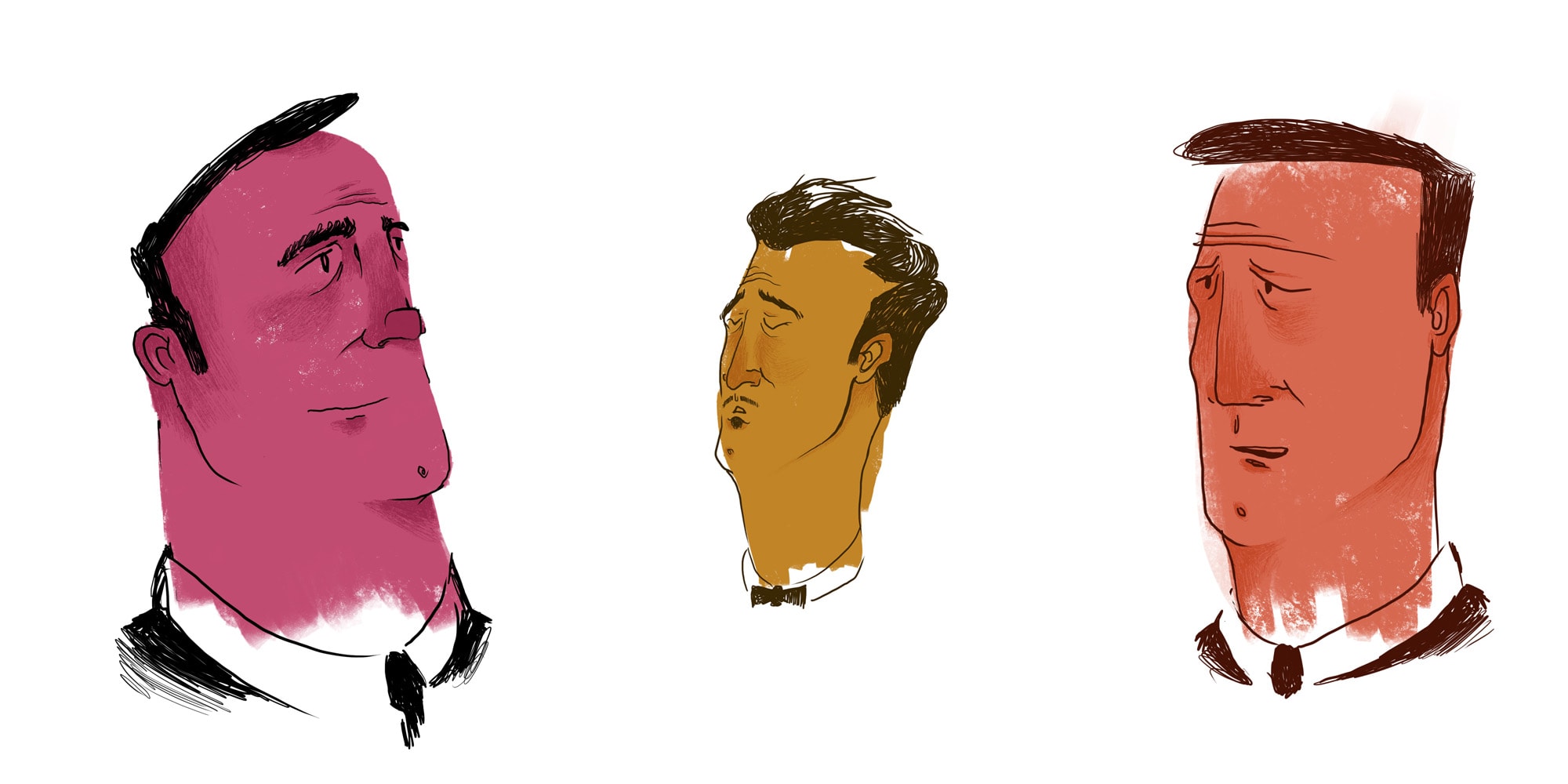 We hurriedly started sketching to figure out the character’s style and what would resonate with the network. 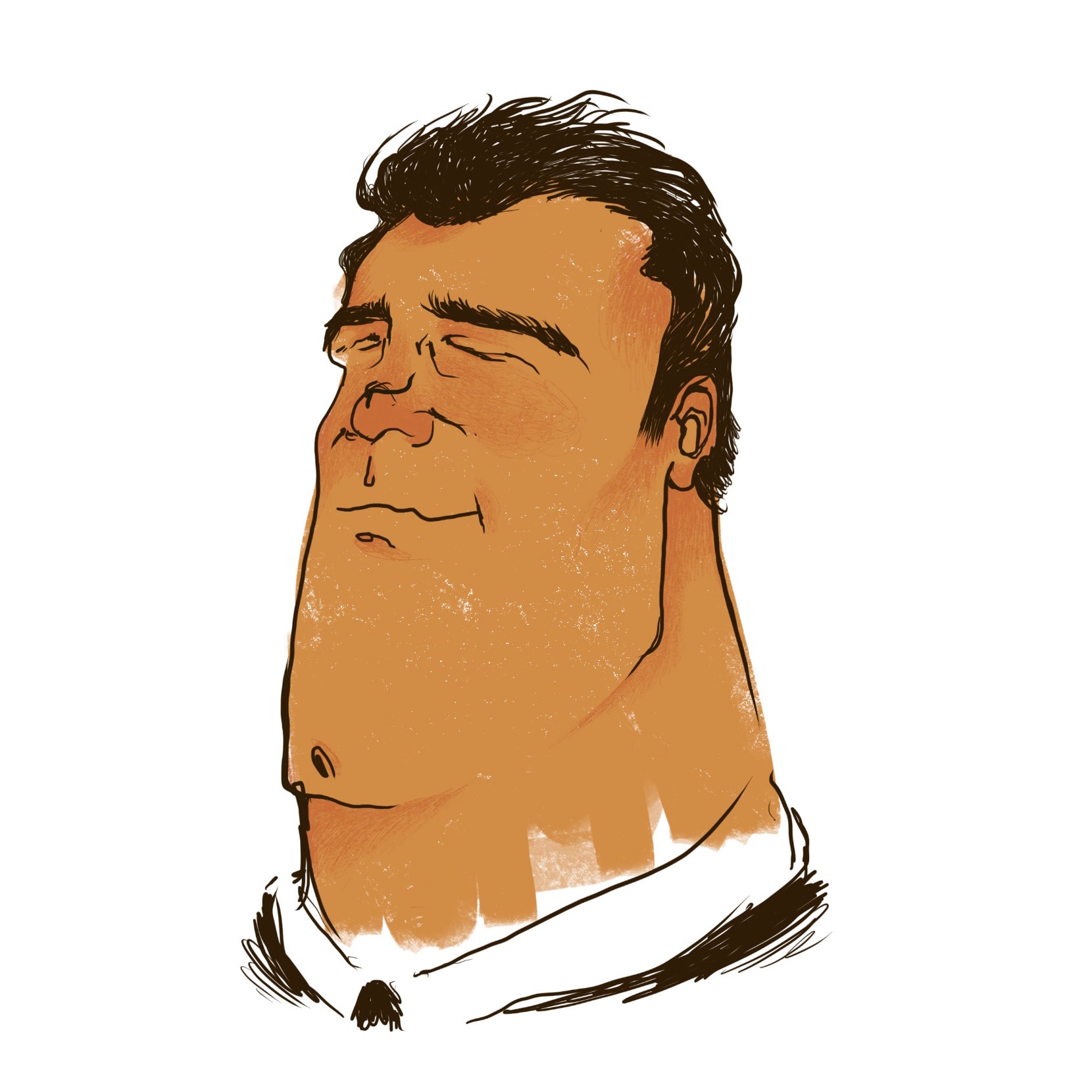 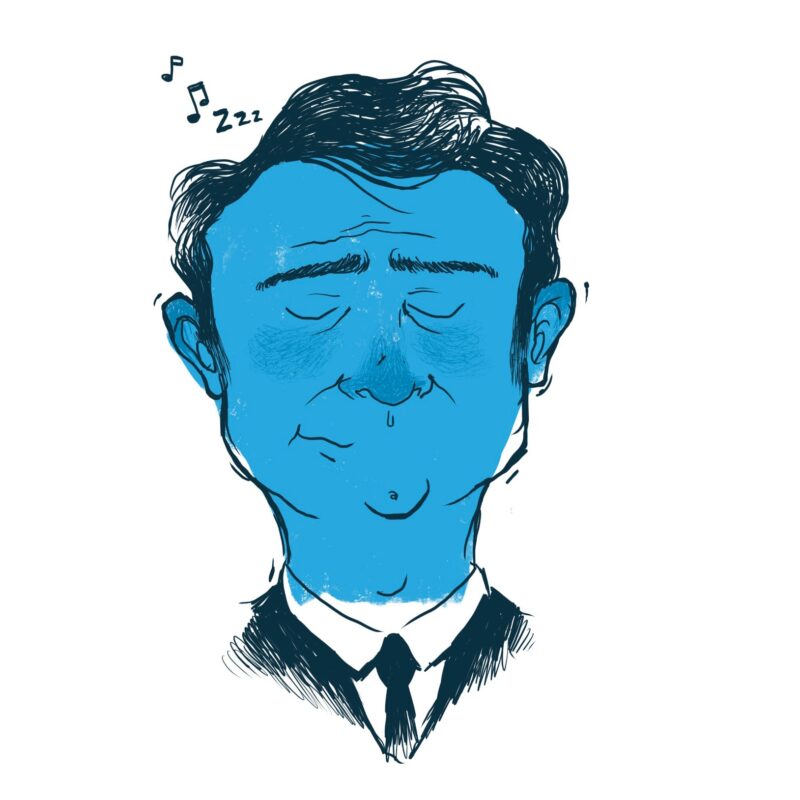 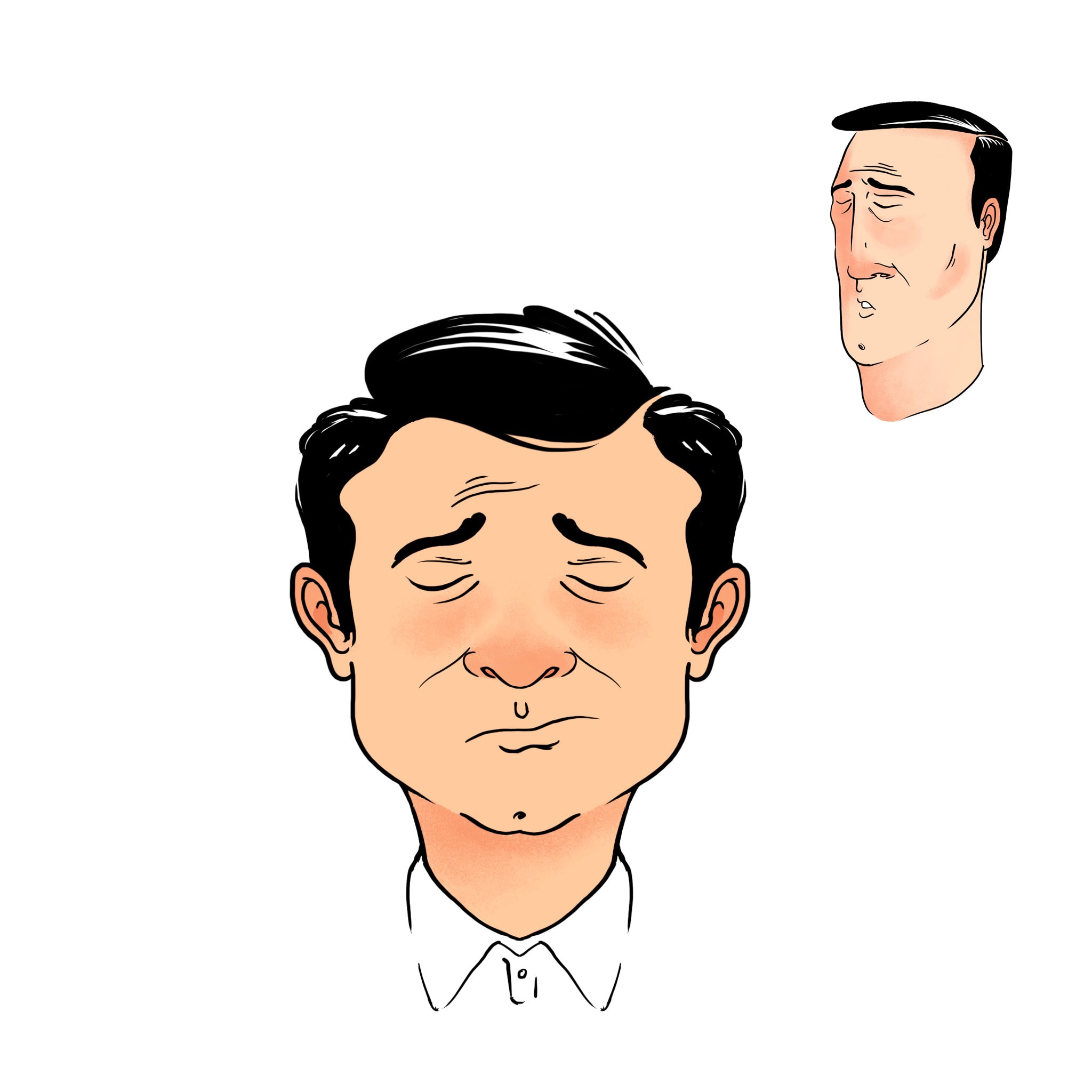 Sketching revealed several possible interesting directions. After two rounds of reviews with the Gutfeld! team, one character design emerged as the top option, which we kept improving and polishing. 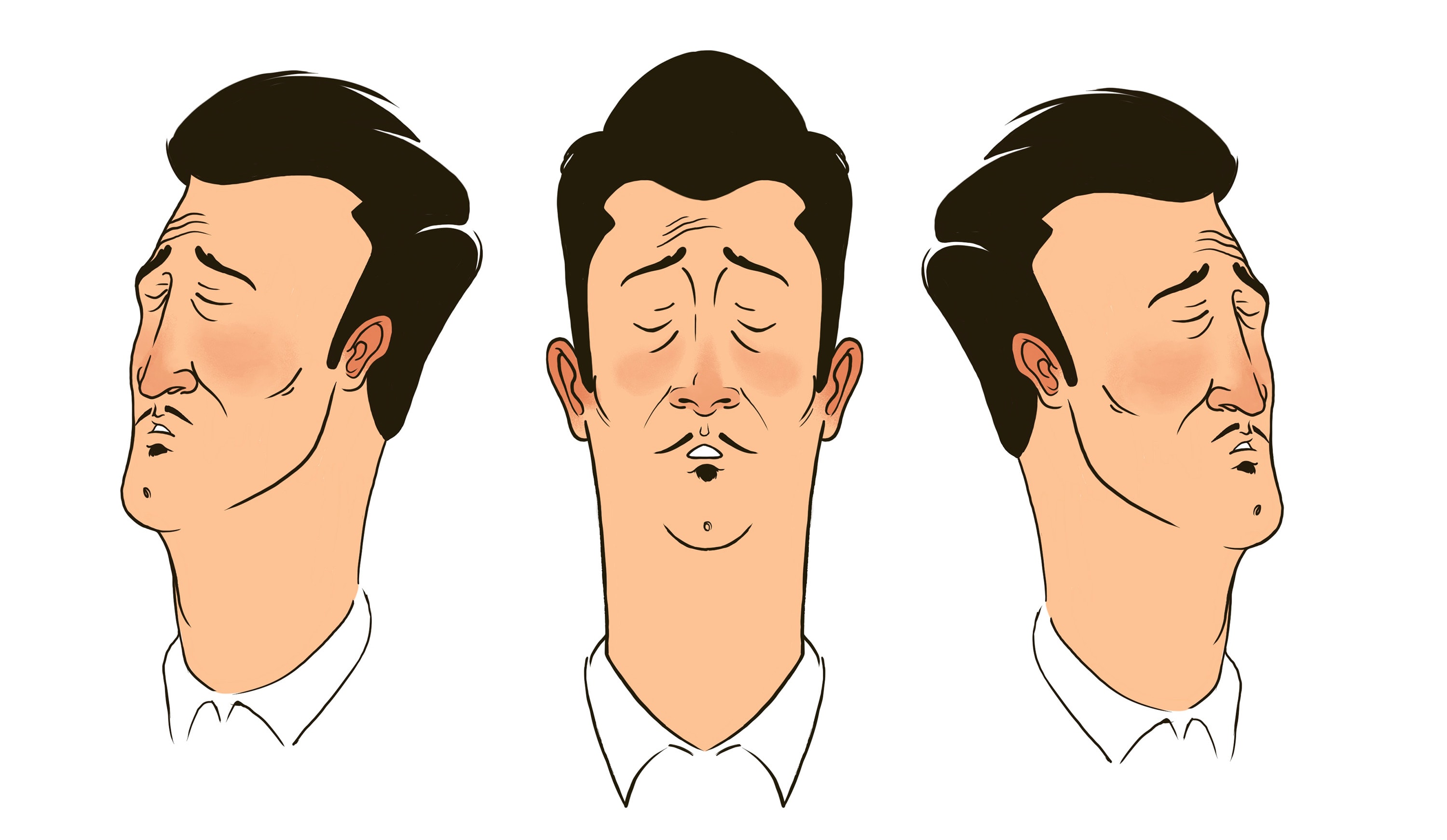 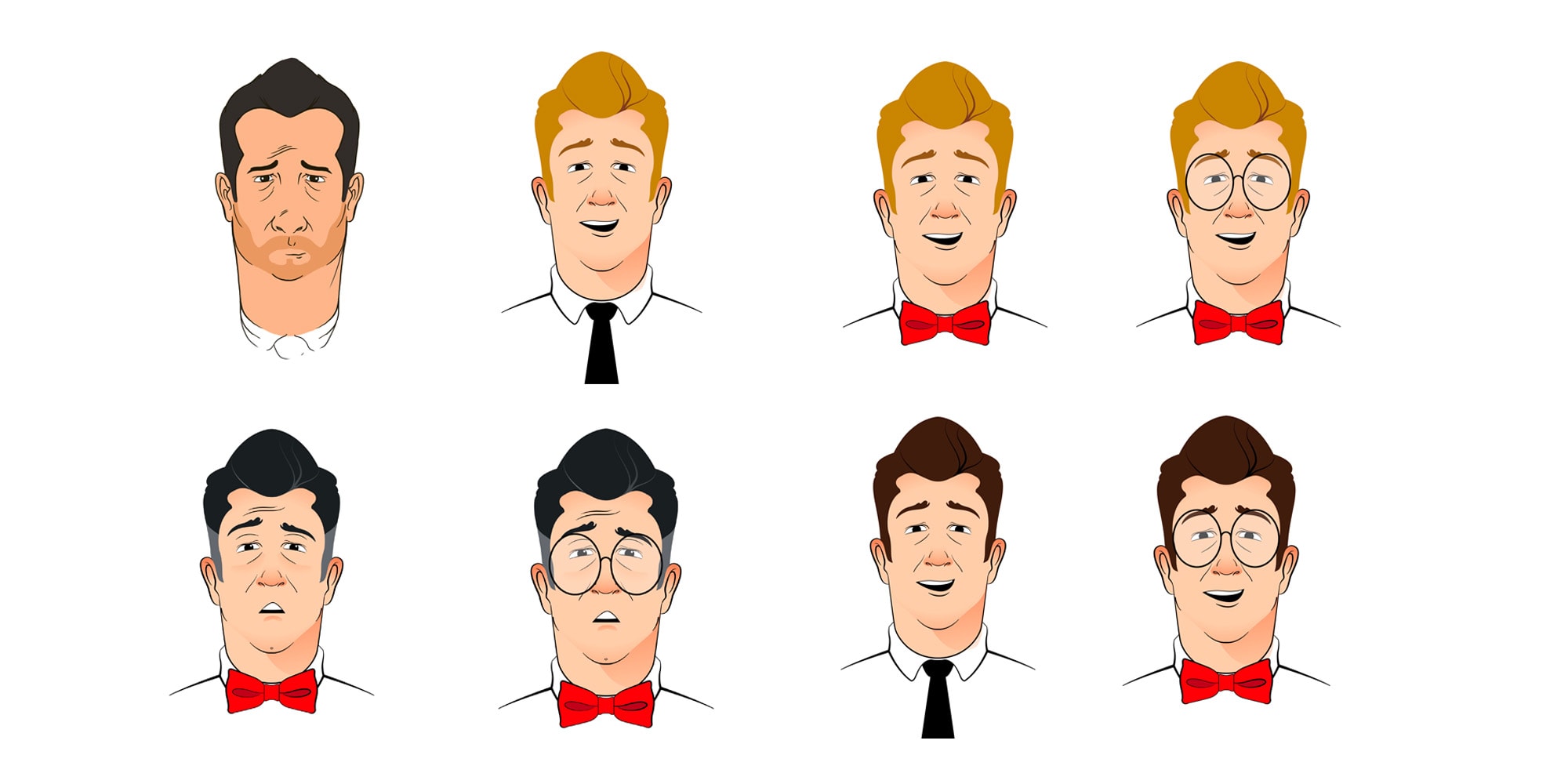 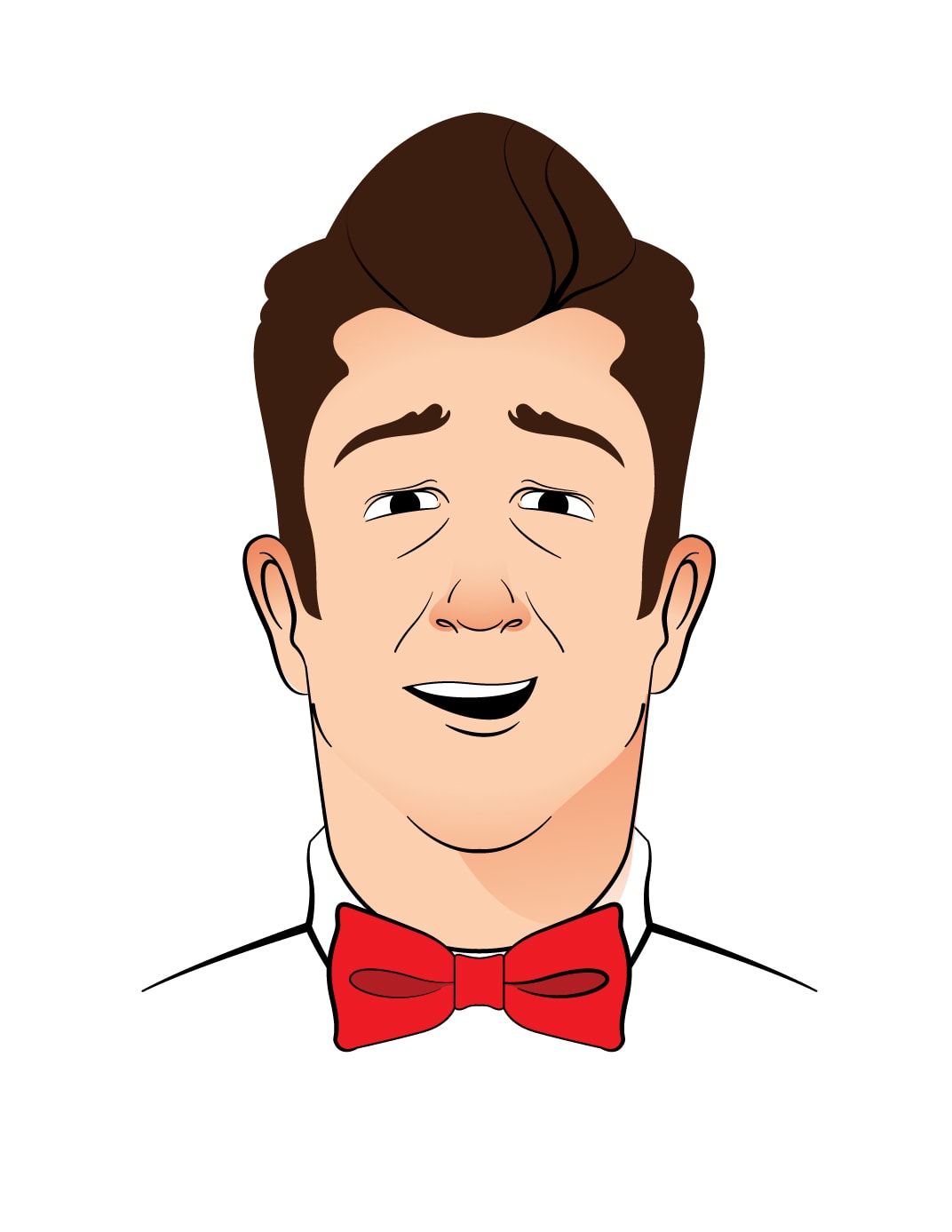 The final approved illustration was this smart fellow. Every detail was scrutinized, down to his hair color, which would change slightly from this illustration. A bowtie was deemed the perfect accessory to punctuate his smugness. 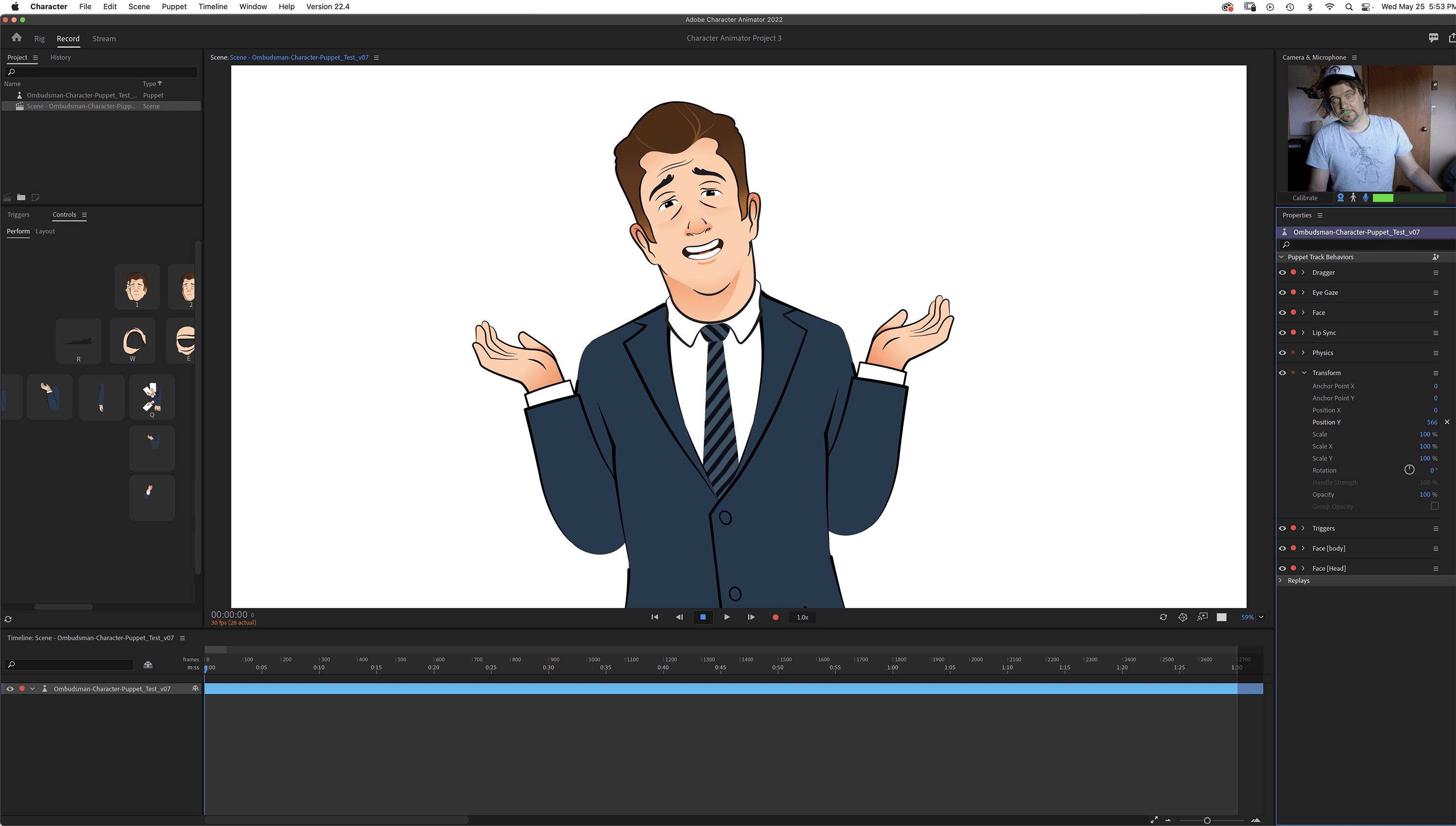 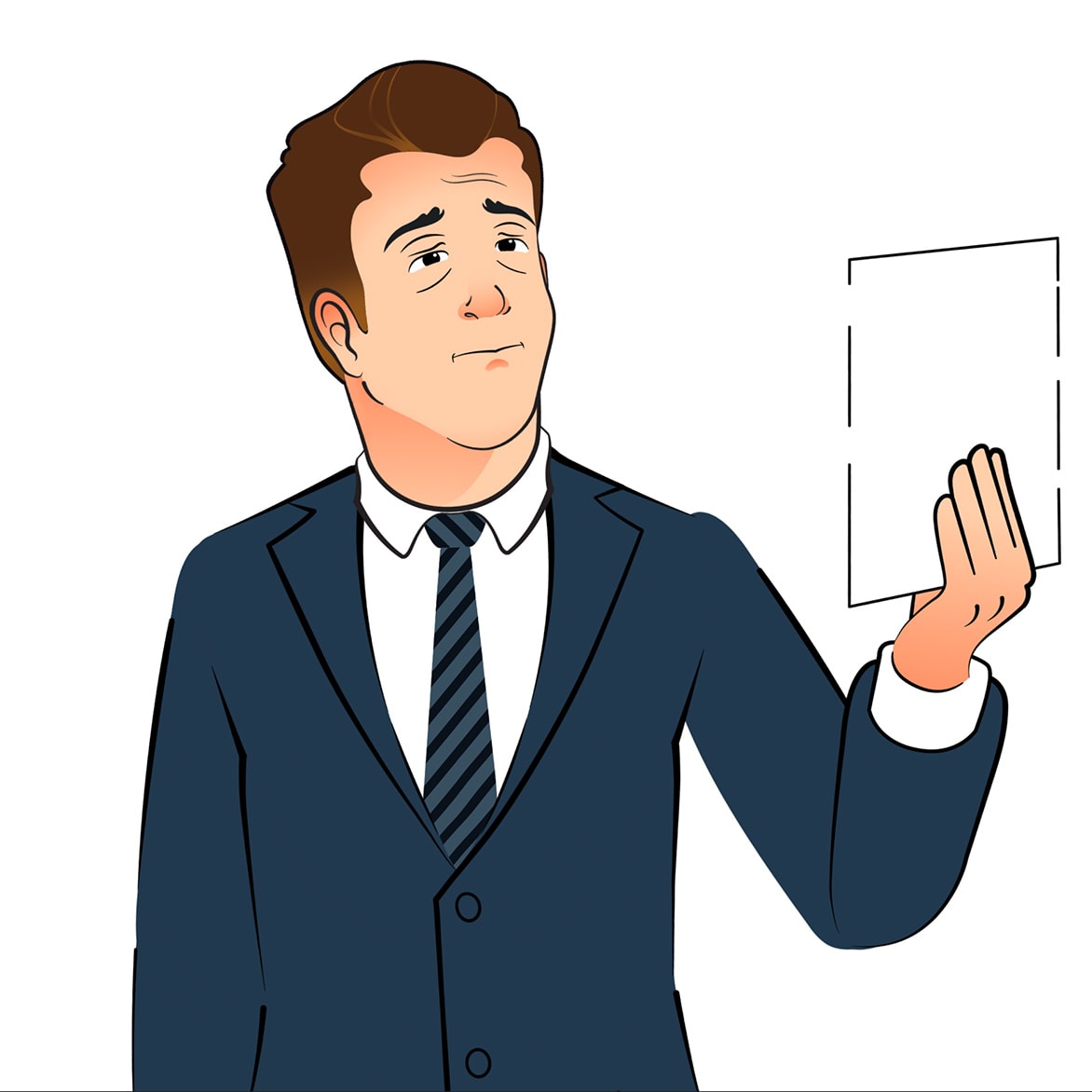 With the illustration okayed, we drew all of the elements we’d need to turn him into a fully functioning puppet once rigged. And we would need to figure out some complicated movements like 3/4 head turns, arm movements and displaying props. 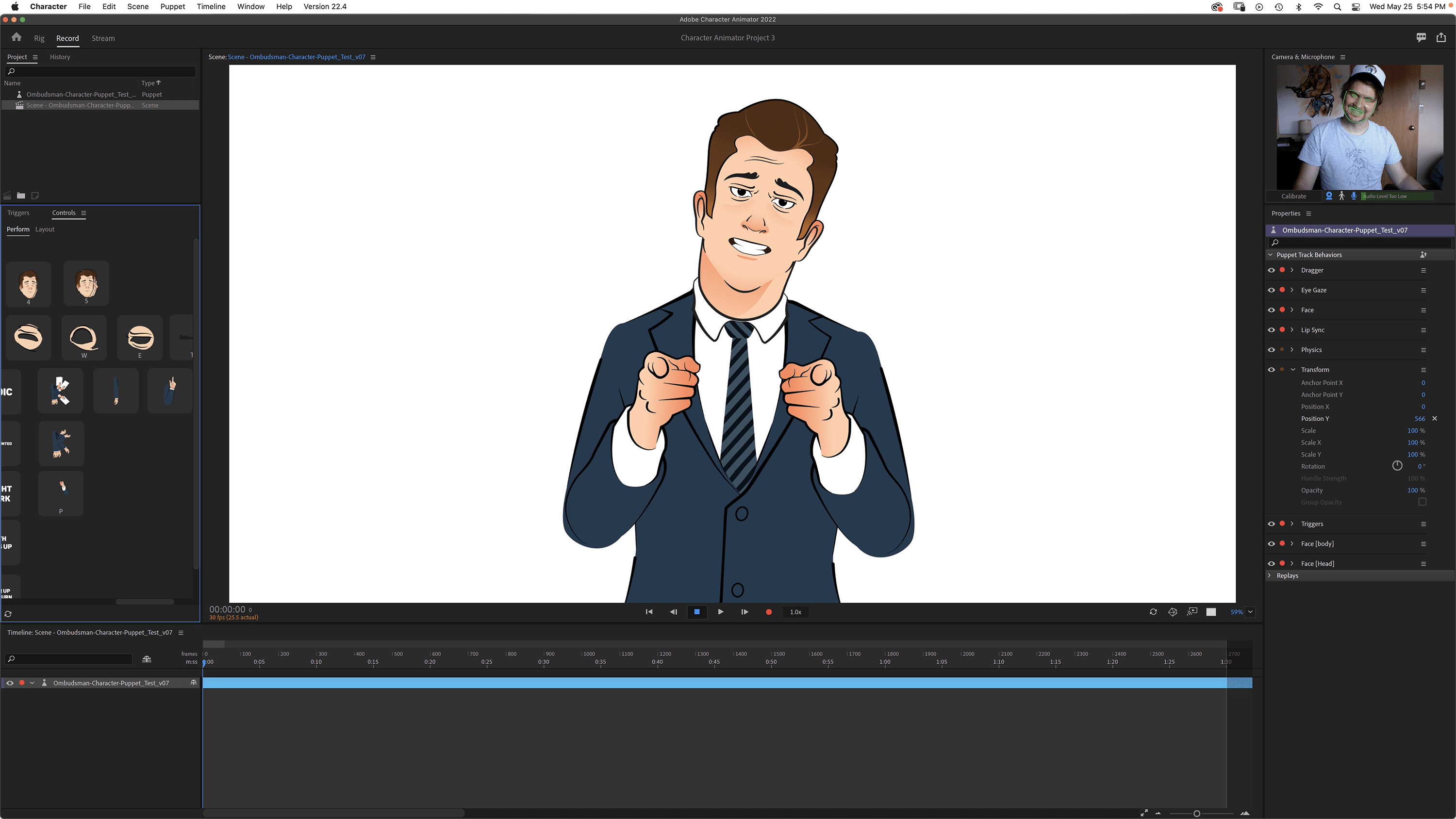 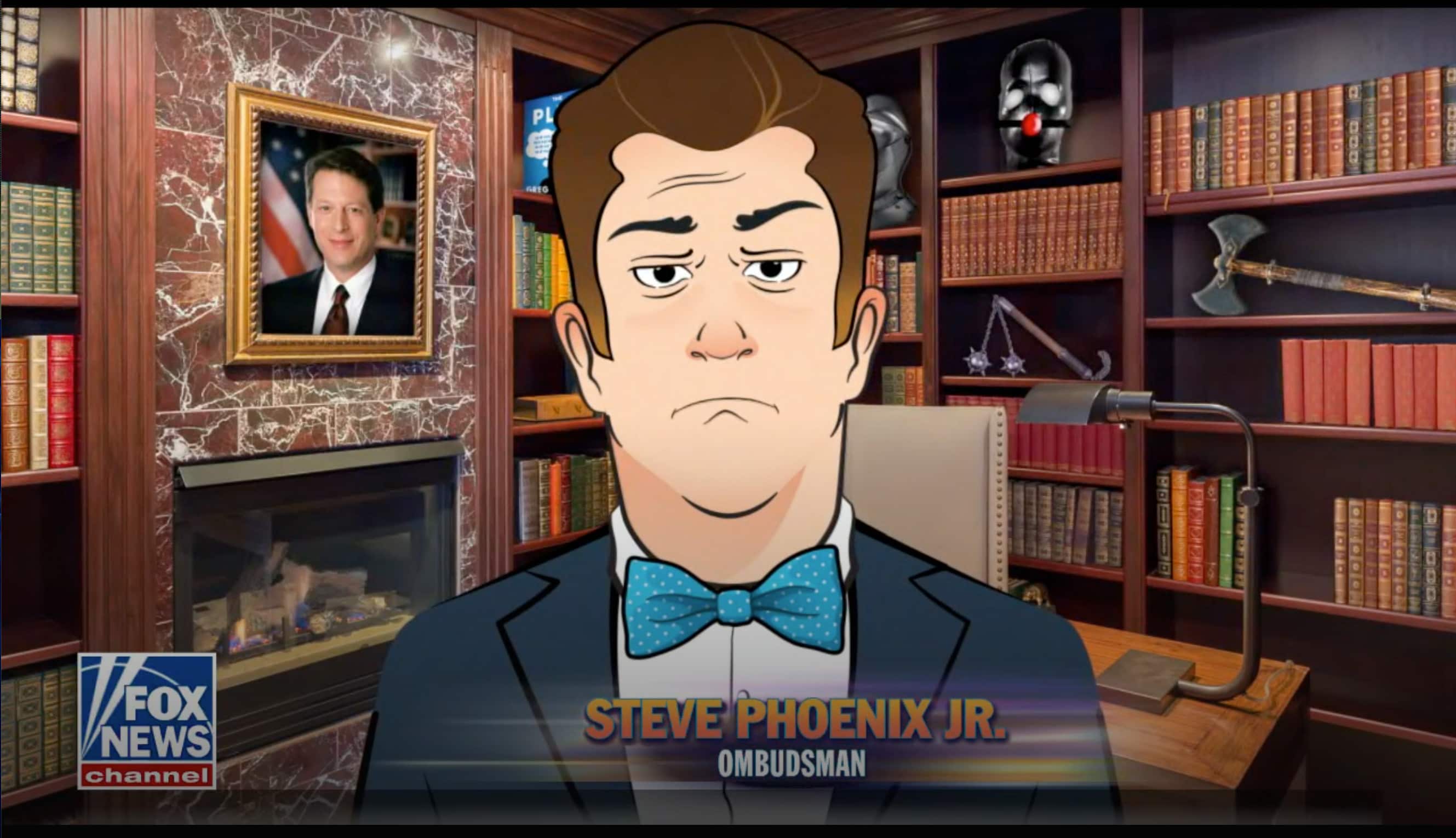 From disappointed to sad to surprised to stoic to snooty, the now-named “Steven Phoenix Jr.” puppet had to be able to express a full range of emotions instantly and on command. Note his den in the background, with a ball-gag and mace on display, hinting at a secret, private life.

Our ombudsman puppet debuted the first week of the show and quickly found a featured spot every week or two. The puppet seamlessly and flawlessly interacted with both the host and guests—and did so live, never missing a beat.

The ombudsman wouldn’t just be a talking head. He was rigged with the ability to point, wave, hold a document and several other custom triggers that could be evoked with just a touch of a keyboard or a MIDI controller. 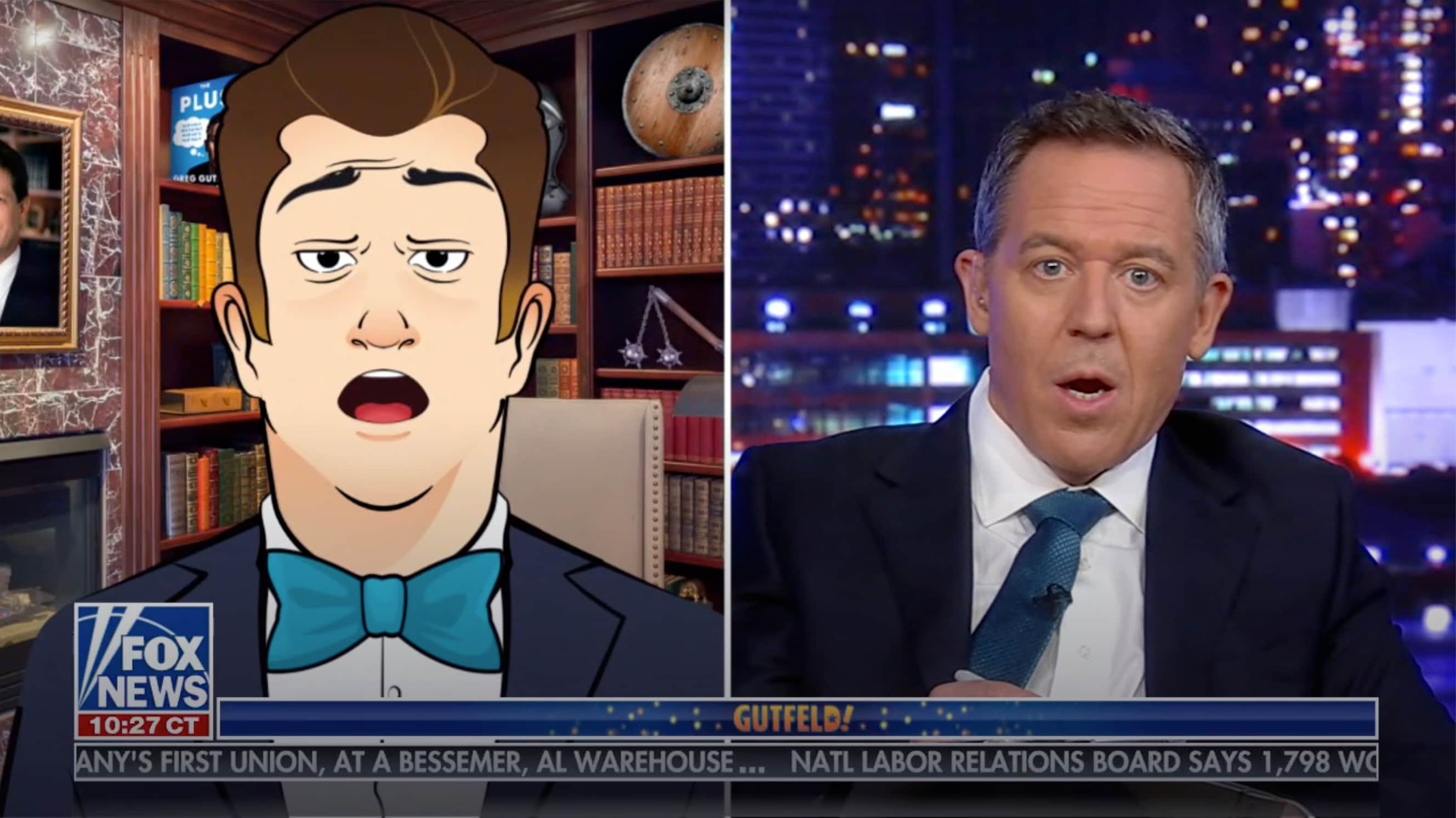 The live-action animated ombudsman segment proved to be a great investment for the show, featuring 16 times in the first 5 months and generating over 2.5 hours of content. Gutfeld! became the highest-rated late-night talk show in the United States with an average of over 5 million viewers a night.